Why celebrities are flocking to Provence

Why celebrities are flocking to Provence

Iconic purple landscapes glimmer like amethysts in this picture-postcard paradise of lavender fields radiating violet-twinged views, where the soft natural light and timeless landscapes have been used by artists and writers to create iconic masterpieces.

Provence is a bewitching corner of southern France that’s immersed in history, culture and art. In recent years, many celebrities have bought properties, got married, or enjoy regular holidays here to escape life in the limelight.

The likes of the Beckham’s, Johnny Depp and Pippa Middleton adore the gentle pace of life and the beautiful backdrops. But why else is this region such a seducer of celebs? 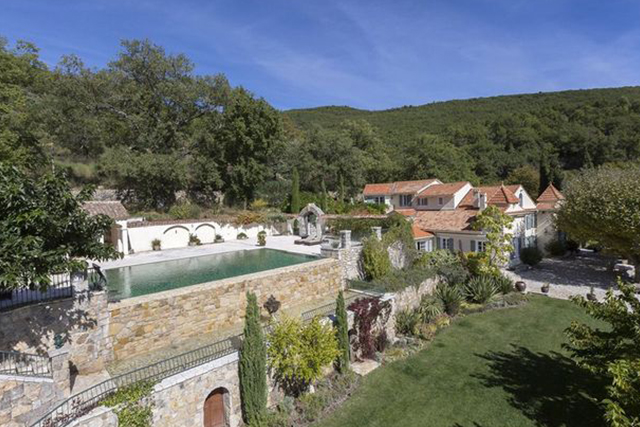 What was once an agricultural area home to hardworking farmers in humble farmhouses is now a playground for the rich and famous, sporting grand renovated homes with swimming pools, tennis courts and billiard rooms, with expensive cars parked outside.

Celebrities who own homes in Provence include David and Victoria Beckham, John Malkovich, Vanessa Paradis and Johnny Depp (when they were married), Helen Mirren and Tom Hardy. As well as spending his ‘downtime’ there, Mr Hardy even got married in a nearby villa, along with English rose Keira Knightley who was wed in the hilltop village of Mazan.

You’ll likely spot actors and film directors in the tiny Provençal villages sipping pastis, the local aperitif or a glass of rosé wine and enjoying a regional specialty dish. 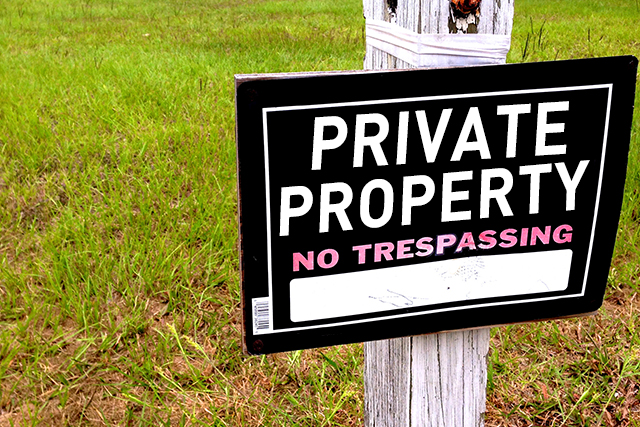 France has some of the strictest privacy laws in the world, whereby it’s forbidden to take a photograph of someone in a private place without consent. In 2012, Closer magazine received widespread criticism for publishing photos of the Duchess of Cambridge sunbathing topless on a private holiday, and Clarence House issued a statement saying they were seeking legal action. So, this is also an attractive feature of the region for those that simply want to enjoy their personal time in peace. “Brangelina” may be no more, but their Provençal château with its own vineyard reportedly cost £49million in 2012. You can’t get much more private than that! 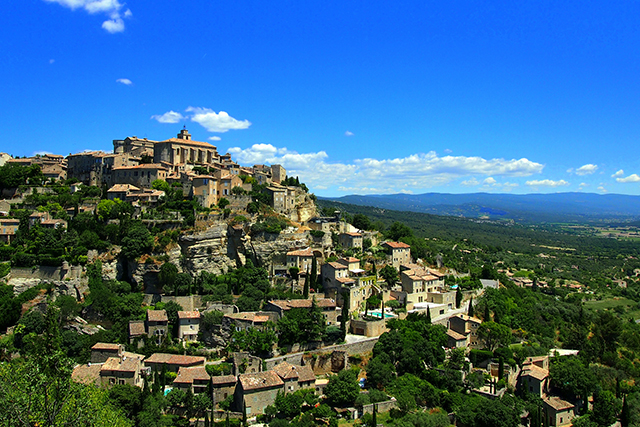 The perched village of Gordes.

Quiet, pretty villages perched on hilltops not only offer spectacular views over the Luberon but they often have their own castle and Roman remains to explore. A lot of the villages in Provence are the Plus Beaux Villages de France (the most beautiful villages in France), surrounded by verdant vineyards, orchards and olive groves, where you are enveloped by the sweet smell of cherries, aromatic pine forests, the heady mix of wild herbs and the sway of potent lavender carrying aromas. There are quaint market days where you can take a relaxed stroll or picturesque cycle to pick up fresh local produce such as truffles and traditional Provençal linen. Why would you not want to spend your free time here?

If you’re not quite a celebrity but like the sound of Provence, take a look at our holidays exploring the region on foot and by bike.