Top 12 Most Beautiful Villages in France

Top 12 Most Beautiful Villages in France

Rolling through France on two wheels, the warm breeze touching your skin as you pedal by, is perhaps one of the best ways to discover the joys of this wonderful country. With 156 villages officially named as “Les Plus Beaux Villages de France”, there is plenty of culture, history and architecture to enjoy as you stop by en route, and some charming traditional restaurants where you can have a bite to eat and a drink.

Here are some of the most magical villages you can encounter whilst cycling in France, each labelled as one of the most beautiful villages of France. 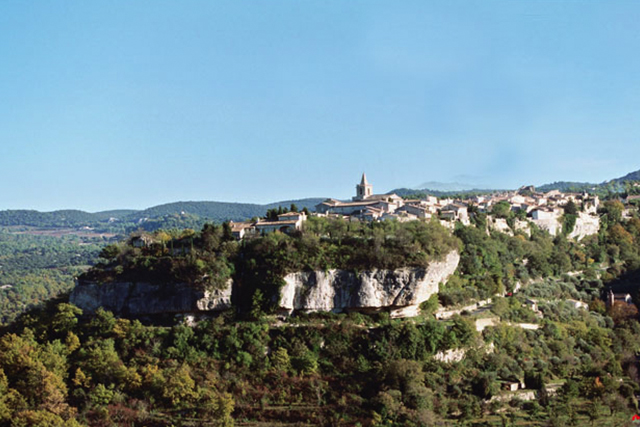 This Provençal village sits at the foot of Mont Ventoux, clinging to a rocky peak overlooking vineyards, garrigue and cherry trees. An old mediaeval settlement that only has the remains of the ramparts and three Saracen towers to show as evidence of those times, at the heart of the village are steep lanes, creamy stone houses, Notre-Dame Cathedral and a magnificent C11 baptistery. 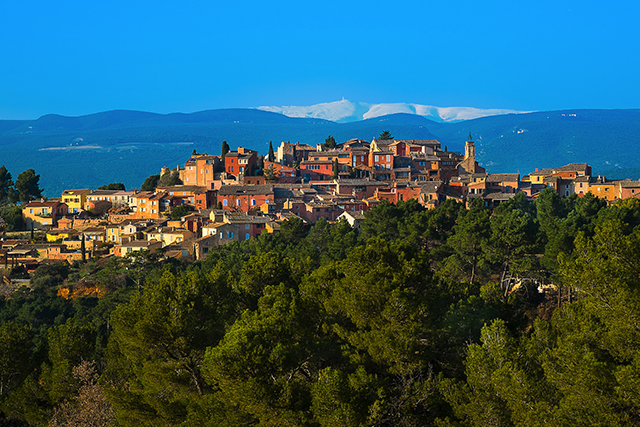 Situated in the heart of the biggest ochre deposit in Europe, Roussillon blazons forth its difference through an astonishing palette of flaming colours. As you wander its narrow streets and stairways and gaze upon its facades, which are often quite plain and naturally beautiful, you will be admiring the result of age-old know-how.

Don’t miss: The views of Mont Ventoux and the Luberon The hilltop village of Gordes.

The famous mediaeval perched village of Gordes clings to the side of the Vaucluse plateau, offering one of the best views of the Luberon. Explore the village and its Renaissance castle and maybe take a trip up to the picture-perfect Abbaye Notre-Dame de Senanque. 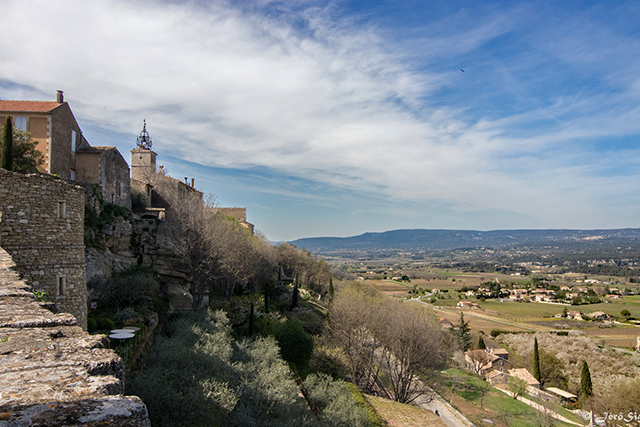 From the top of a rocky spur overlooking the Luberon garrigue and vineyards, the fortified village of Ménerbes and its castle watch over the neighbouring villages of Gordes and Roussillon. Inside, the narrow streets reveal a wealth of heritage: old houses, the town hall square with its C17 belfry and bell tower. Fact: Picasso used to have a house there. 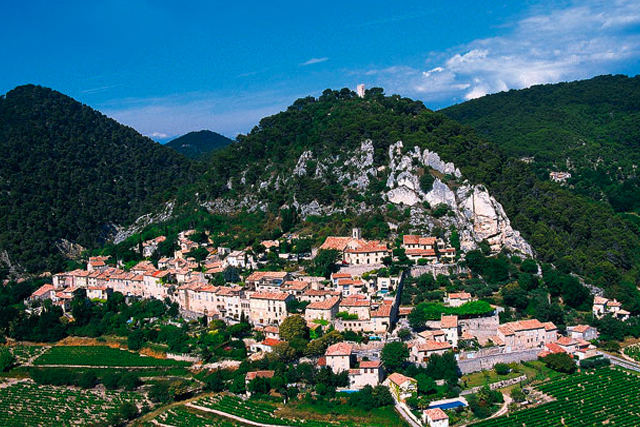 Séguret stands at the foot of the jagged Dentelles de Montmirail range, looking out over the Rhône Valley in a landscape of vineyards, with the tower of its mediaeval castle above it. As visitors stroll along the waymarked path through the village, they can see Reynier gate, remains of the fortifications, Mascarons fountain, the wash house, the belfry and the Romanesque Church of Saint Denis. 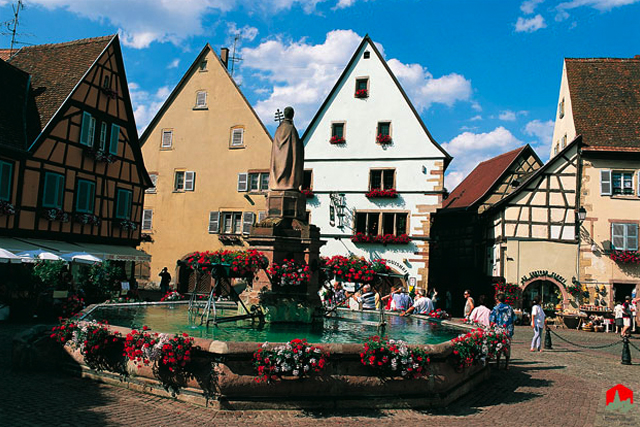 Just a short distance from Colmar, Eguisheim is the birthplace of winegrowing in Alsace. The village is proud of its concentric, cobblestone streets and its floral decoration, which has won national and European awards. Visitors can admire the beauty of its C16 and C17 houses with their pointed roofs, bright colours and half-timbering.

Don’t miss: The castle and its ramparts 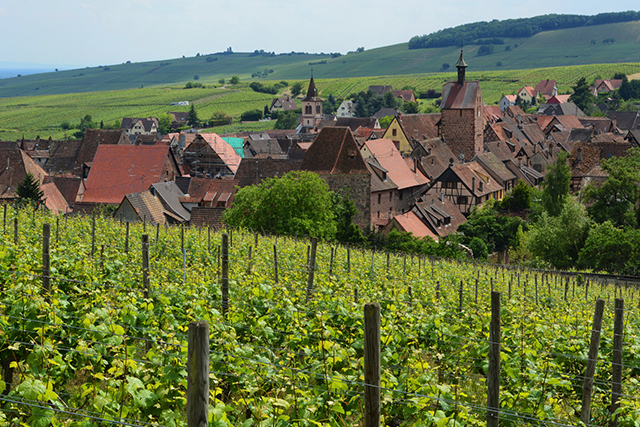 A view over the vineyards into the village of Riquewihr, France. Photo: Pug Girl / Flickr.

Still enclosed by its mediaeval walls, the village’s excellent wines match the excellence of its architecture. A stroll around the village is a delight and the flower-decked balconies, sculpted windows and old paved courtyards are everywhere to be seen. Admire houses dating from the C15 to C18, castle of the Dukes of Wurtemberg, squares and fountains. Lying 10km south-west of Sarlat, on the banks of the Dordogne, and boasting an imposing castle. It was once besieged by Richard the Lion Heart, around which “lauze” stone slab-roofed houses with their creamy façades are built. 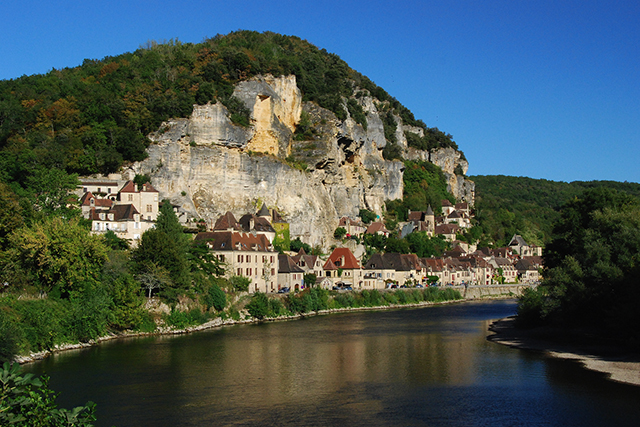 The village of La Roque Gageac, nested into the mountain side. Photo: Stephane Mignon / Flickr.

In Périgord Noir, at the foot of a south-facing cliff, the creamy stone houses with their “lauze” stone slab or brown-tiled roofs are mirrored in the waters of the River Dordogne.

Don’t miss: The Troglodytic fort built in the cliff face 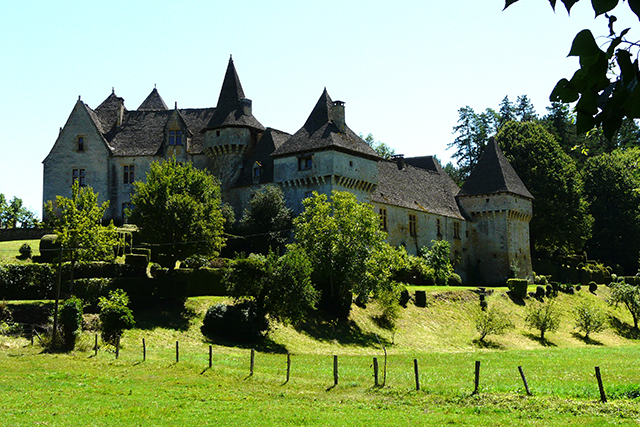 About 20km of Sarlat, close to Lascaux, the tiny farming village Saint-Amand-de-Coly stands comfortably between two small wooded valleys. Its C12 abbey is considered as the most beautiful fortified church of Périgord and keeps a watchful eye on the region’s typical houses. 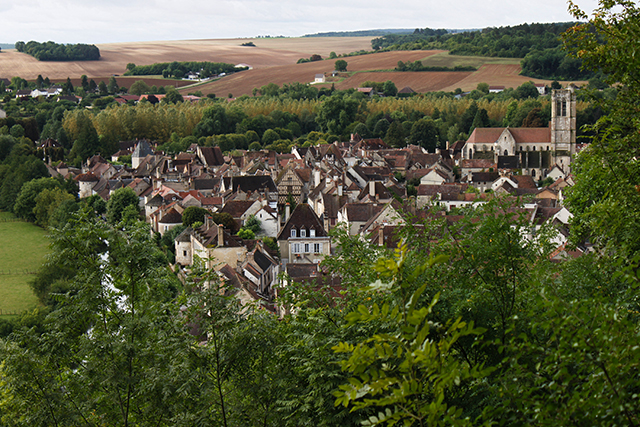 Curled up in the hollow of a meander made by the River Serein, mediaeval Noyers has half-timbered houses, cobbled streets, a C12 castle site, towers and ramparts. There are three squares in the village (Wine, Corn Market and Salt Storehouse). 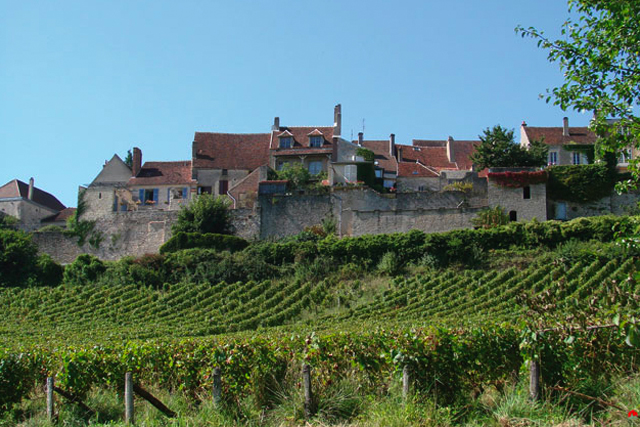 This hilltop village is a major starting point for pilgrims on the Camino. Looking onto the Monts du Morvan, Sainte Madeleine Basilica stands at the top of a steep hill and watches majestically over the winegrowers’ houses and Renaissance dwellings. This masterpiece of Romanesque art was restored by architect Viollet-le-Duc in the C19.

Don’t miss: The view of the Cure Valley and Monts du Morvan from the forecourt of the old castle

Not just any village can be awarded the accolade of “Les Plus Beaux Villages de France”, though. The association that officially names villages worthy of joining the selection has a strict four-stage selection process!

What do the locals think? Well, back in June, the French named Kaysersberg in Alsace as their favourite village in the whole of France because of its warm locals and beautiful architecture. One to add to the list, perhaps?

View all our holidays to France