Think of Tuscany and your mind no doubt becomes awash with images of vineyards rolling into panoramas of splendour, or perhaps the Renaissance architecture and art of Florence, Siena or Pisa; or maybe just a massive glass of Chianti.

We all have our ideas of what best captures the essence of Tuscany, but read on for five facts you might not have known about one of the most beautiful, culturally rich and simply enchanting regions on the planet.

Commonly held to be the centre of the Renaissance, Florence – and Tuscany in general – was extremely influential in the artistic, cultural and commercial development of Europe and by extension the wider world. Its place in the expansion of literature and linguistics is also primary, with Dante Aligheri, Giovanni Boccaccio and Francesco Petrarca (known as Petrarch in English) creating literary works that remain important to this day. 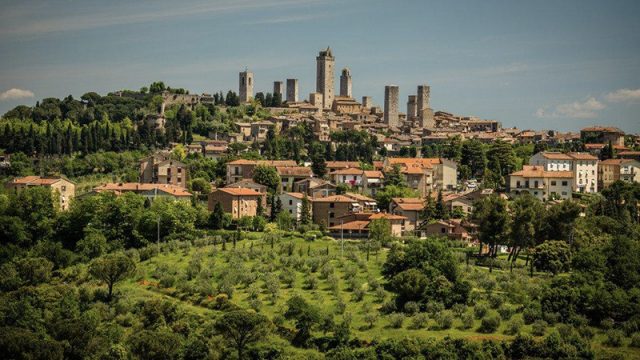 Whilst the Italian language is clearly close to Latin, the official version of Italian that is spoken and written throughout the country today is based on the Tuscan (Toscano) dialect of the Renaissance period. In 1612, the Accademia della Crusca published the first edition of official Italian vocabulary, based in large part on the writings of the aforementioned literary greats.

2. Tuscany has more UNESCO World Heritage cultural sites than Argentina, Australia or South Africa, and just as many as Egypt

If it is culture you seek you would be hard-pressed to find a region anywhere in the world that possesses such a rich array of architectural or artistic beauty. The historic centres of Florence, Siena, San Gimignano and Pienza, along with the Piazza del Duomo in Pisa and the Medici Villas and Gardens have all been recognised by UNESCO by being granted World Heritage status. 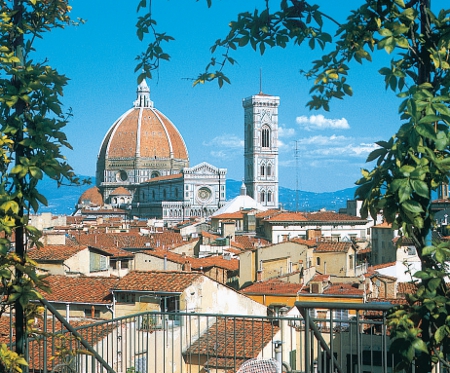 If you have had your fill of the winding streets, mediaeval towers and expansive piazzas, you are in luck: the other of Tuscany’s seven World Heritage sites is recognised for its natural beauty. The rolling landscape of the Val d’Orcia inspired many a Renaissance painter, especially those of the Scuola Senese, and many iconic images were created.

Of course, the best way to experience the culture and natural beauty of Tuscany is to immerse yourself in it, either with a short break or perhaps something a little longer.

3. Pinocchio hails from Tuscany, no word of a lie

Whilst many associate the Pinocchio character with Disney’s 1940 animated film, the original story – The Adventures of Pinocchio – was penned by Carlo Collodi, who was born in Florence in 1826. 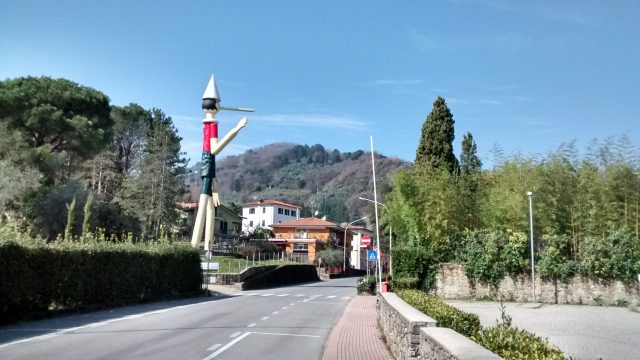 Collodi – whose real name was Carlo Lorenzini – took his nom de plume from the mediaeval village of that name where he spent a portion of his childhood. Collodi, located in Pescia in northern Tuscany, now bases its economy on tourism thanks to the Pinocchio Park located there. The residents of Collodi also celebrate Pinocchio’s ‘birthday’ every 25th May.

There is also a project underway to bring the original Pinocchio puppet back to life using a strand of his DNA found on the fossilised body of a small cricket… oh, my nose appears to be growing!

Yes, that’s right, almost all the marble used to construct the famous British monument that is situated at the junction of Oxford Street and Park Lane in London comes from Tuscany. The famous Carrara marble that was utilised when the John Nash-designed arch was constructed – between 1827 and 1833 – was also used to construct Rome’s Pantheon and Trajan’s Column.

Whilst the marble has been a much sought-after building material since the early days of the Roman Empire, it really came into its own during the Renaissance when many of the greatest sculptors in history used it to carve their masterpieces, including Michelangelo when he created his David, which you can find in the Galleria dell’Accademia in Florence.

5. The Leaning Tower of Pisa is not the only tower that leans in the city

The name ‘Pisa’ was based on a Greek word meaning ‘marshy land’. Architects would have done well to consider this fact before planning such grand projects as the Leaning Tower (Torre pendente di Pisa) which weighs almost 15,000 tonnes.

Other towers that have discernable leans to them include the bell towers at both the church of St. Michele dei Scalzi and the church of St. Nicola. Added to that, the cathedral and baptistery are both sinking. 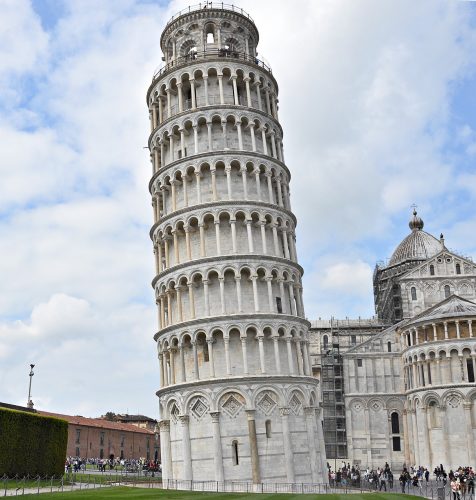 So, armed with your newfound knowledge – unless you knew it already, clever clogs – now could be the time to sample Tuscany’s delights for yourself on a walking or cycling holiday in Tuscany.