A Comprehensive Heirarchy of all the Volcanoes in the Canary Islands

A Comprehensive Heirarchy of all the Volcanoes in the Canary Islands

The Canary Islands are just off the Western coast of Morocco. Their formation is owed to the shifting of tectonic plates a long time ago, but we’re not here to talk about history. We’re here to look at some big, lava-spewing hills so we can tell our friends how much we know about volcanoes, because everyone likes knowing about volcanoes.

Here are the volcanoes in question, sorted by island. 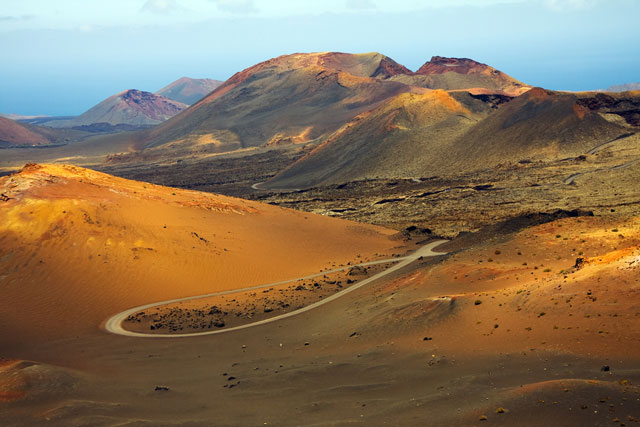 The fire mountains are relatively new to the world. more than 100 volcanoes appeared from 1730 to 1736 covering upwards of 50km2 (That’s almost as big as islands such as Gozo) . Their violent eruption made a mess of the island, but they haven’t blown up for 110 years. They now make the lovely Parque Nacional de  Timanfaya.

The dormancy of these volcanoes does not mean they aren’t still hot. Temperatures just below the surface can exceed 500 degrees C, leading to displays of burning household items and turning holes into geysers.

El Hierro has the most active volcanic activity across all the islands. There were a series of eruptions towards the end of last year, which led to speculation from sources like the Daily Mail questioning wither the underwater volcano off the south coast of El Hierro could lead to a new Canary island in the next few years. 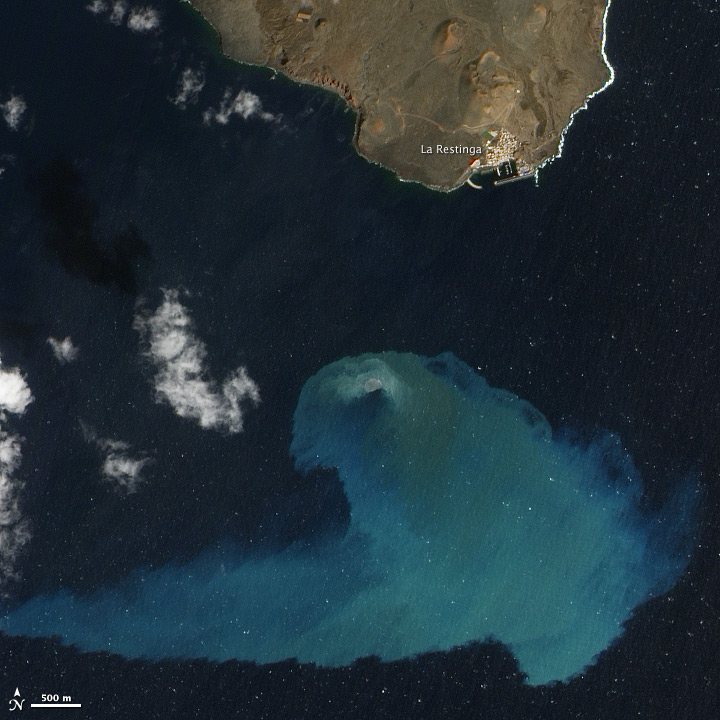 This photo shows an aerial view of the submerged volcano. The circle in the middle is its centre. 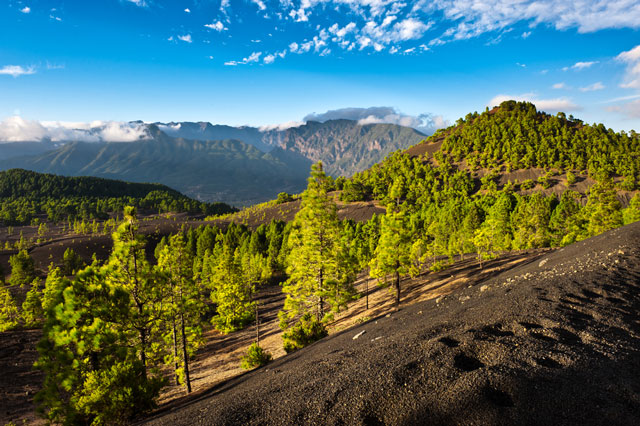 La Palma‘s Taburiente is the most active volcano if we look from the 15th Century as there have been seven, and counting, since 1470. The second most recent eruption in 1949 caused a two-mile rift across the island that was roughly 1 metre wide and 2 metres deep. 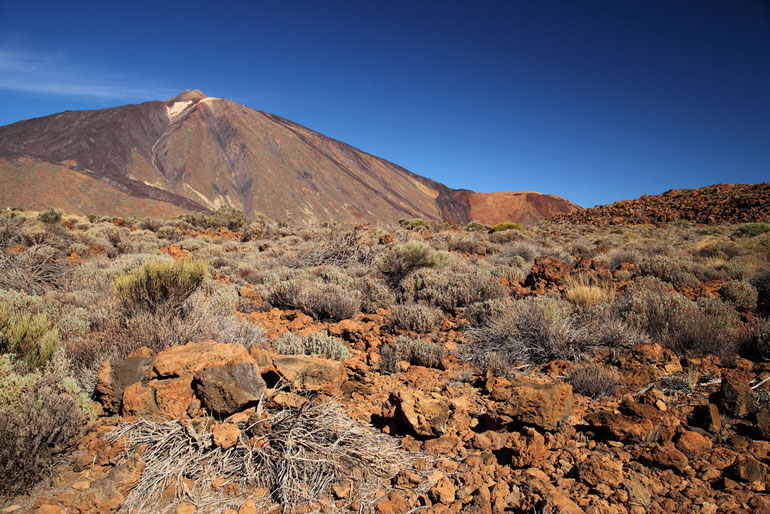 Tenerife is the most populated of the Canary Islands, and it also has the biggest volcano. Mt Teide is the third highest volcano in the world, and led to the island being referred to as a island of hell by 15th century writers.

Teide is still active, although hasn’t erupted since the early 20th Century. A ‘violent eruption’ is expected in the future, but no one knows when. 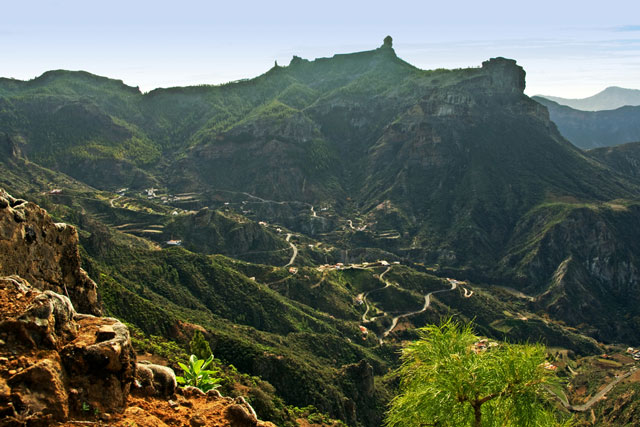 Gran Canaria doesn’t have an volcanoes on it, but, like all of the islands it has volcanic origin. This picture shows roque nublo, a rock monolith that stands at 80m tall, above the central mountains. 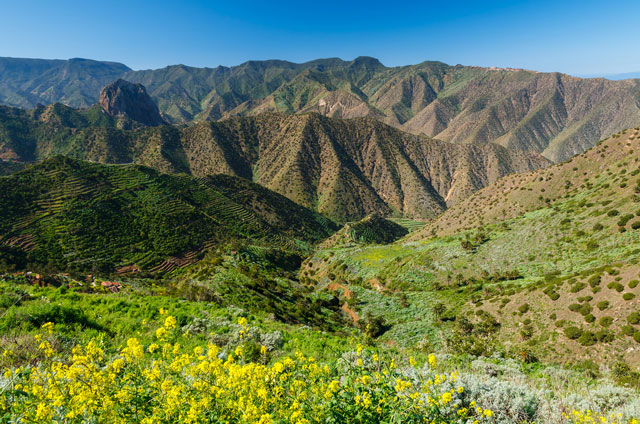 La Gomera is near the bottom because it’s the only island that hasn’t been active in the past million years. That being said, there are still some pretty impressive hills. 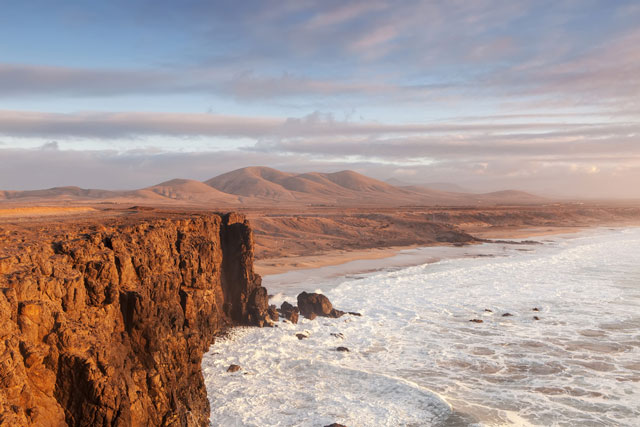 Fuerteventura is only slightly less dormant than La Gomera. It hasn’t erupted in over four-thousand years and a lot of the island has been eroded in its 20-odd million years or so of existence. It still leaves some interesting landscapes though.

What are shield volcanoes?

All the volcanoes in the Canaries except Teide are shield volcanoes. Simply put, they’re called this because they are low to the ground but high in mass, making them resemble a shield lying on the ground. The alternative is a high stratovolcano.

Explore our range of walking holidays in the Canary Islands