5 tips for ordering coffee in Italy

5 tips for ordering coffee in Italy

Coffee is an important part of the Italian culture. The locals enjoy the delicious beverage with friends or family during a coffee break known as ‘una pausa’.

Ordering it isn’t as simple as you’d think; with many variations it’s a good idea to be clued up about what you should and shouldn’t say. Headwater’s short guide will help you with the “coffee ordering etiquette” at the local coffee bars in Italy.

It’s the norm to stand at the bar with all the other Italians when taking your coffee. If you sit at a table, you may be charged a supplement in the larger towns and cities.

2. Cup of cold milk anyone?

Most Italians only drink milky coffees in the morning – never after a meal. If you do order a cappuccino, caffè latte or a latte macchiato after lunchtime, it will probably be obvious to them that you’re not a local, but you will be served it regardless.

There are no size differentials in Italy. Request a grande or a venti and you’ll be met with confusion. It’s standard sizes here.

4. Latte does not exist

Unless you say the word “caffè” before before “latte” when ordering your drink, you will be served a nice cold cup of milk. For a milky coffee served in a glass, it’s “caffè latte” for us foreigners.

4. An Americano is not as we know it

Just like when ordering a latte, you should say “caffè” before Americano. This is because in Italy, an Americano is actually a strong aperitivo!

There are many types of coffee in Italy, so now you’ve grasped how to order it, we thought we’d give you a rundown on the different variations, to ensure you order exactly what you want.

Caffè – A simple caffè is an espresso – the traditional strong shot of coffee. You can ask for this either lungo (long) or corto (short). In Italy they don’t use the word espresso because there’s no other coffee to differentiate it from. It will be served in a small cup on a saucer with a small spoon. 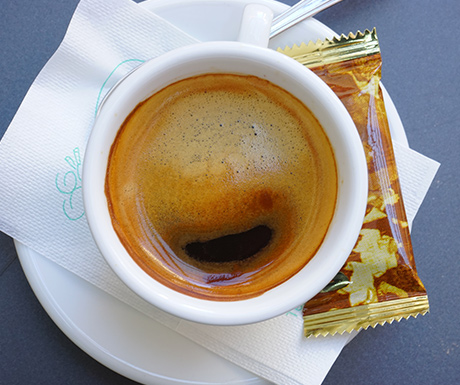 Caffè Americano – Is the classic large black coffee (espresso filled with hot water). If you want it with milk, say ‘con latte’. 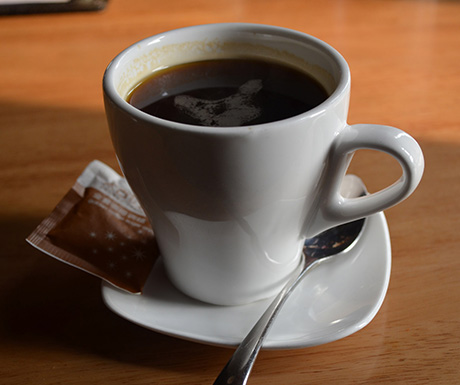 Cappuccino (or ‘Cappuccio’) – Will come served in a large cup, as an espresso with a froth of steamed milk on top. Don’t make the mistake: ordering a cappuccino straight after lunch/dinner is not Italian at all, as it’s considered too heavy on the stomach. Cappuccino is traditionally taken in the morning, along with cookies or a flaky pastry. 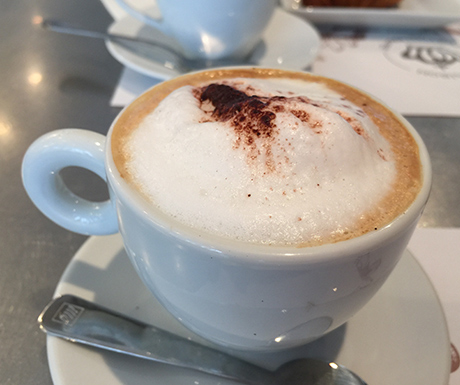 Caffè latte – A cup of hot milk with an espresso. Don’t confuse it with caffè macchiato! It’s rarely ordered at a bar, more likely to be enjoyed in the home, served in a mug or a bowl (perfect for dipping biscuits in!). Many Italians make it in a Moka pot (small coffee machine). 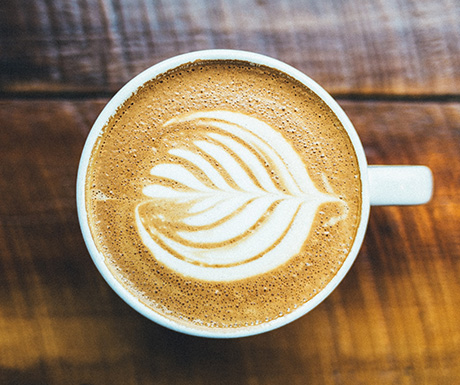 Caffè macchiato – Is an espresso ‘stained’ with a dash of milk. You can also ask for ‘macchiato caldo’ (hot milk) or ‘macchiato freddo’ (cold milk).

Latte macchiato – The opposite of a caffè macchiato. It’s a cup of hot milk ‘stained’ with a dash of coffee! 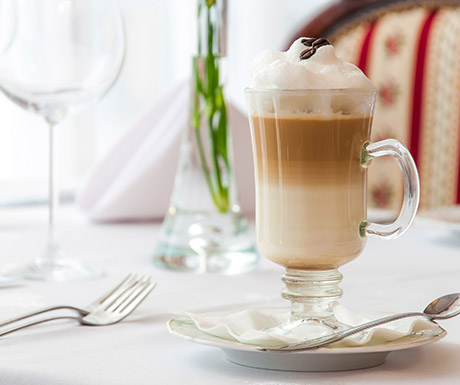 Caffè doppio – This is two shots of caffè (espresso).

Caffè marocchino – This is becoming more and more popular in Milan and northern Italy, and was invented in Piedmont. It consists of a shot of espresso served in a glass, with frothed milk and cocoa powder sprinkled over. In some regions of northern Italy, thick hot cocoa is also added, and in Alba (home of Ferrero), Nutella is used.

Caffè corretto – Caffè ‘corrected’ with grappa, sambuca or another liquor – strong, so not to be ordered at breakfast!

Take a look at our range of walking and cycling holidays in Italy, where you can test out your new knowledge!

Written on September 29, 2017 by Charlotte Hudson