Norway in the summer or winter? - Headwater Moments Travel Blog

The Two Faces of Norway: Summer or Winter?

Norway’s got a bit of a tough man reputation about it. Everyone’s huge, bearded and they consume beers by the flagon, right? You’d expect nothing less from this ancient Nordic country that shares the same latitude as Alaska, Iceland and the far north of Siberia. Well essentially, the beards and the flagons only come out in winter, which surprisingly, is not all the time, in spite of what those perpetually darkly-lit Norwegian dramas and murder mysteries would have you believe. The amount of daylight in Oslo can reach 18 hours a day in the height of summer, making it the perfect time of the year for some serious exploring. And the winter is perfect for donning some skis and hitting the slopes. There are two faces to Norway: here are the best things to do in summer and winter. 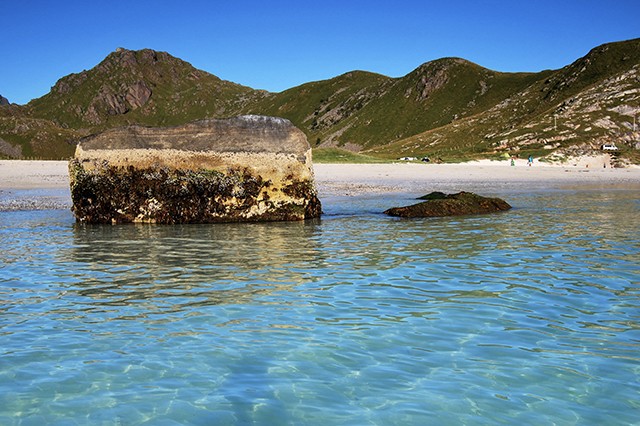 With the sun putting in 18 hour shifts during summer, there’s bound to be quite a bit of heat knocking around. Averages for June to August are between 25 and 30 degrees and the locals take full advantage by waking up from their hibernation and spending as much time frolicking outside as they possibly can. A lot of time is spent in parks amidst freshly bloomed flowers or in a beer garden sipping on typically fruity Norwegian ales. The lack of humidity encourages a mini exodus from cities in the north like Tromso to the beaches in Lofoten district; and although Norway might not be your first thought for beaches, the utterly untouched ones like Haukland and Kvalvika will almost definitely be the most dramatic you’ve ever relaxed on.

With the clock always ticking until hibernation season comes round again, it’s fair to say that binge eating is the national pastime during those long summer days in Norway. To prepare for all the energy they lose in the winter, Norwegians like to cook big. The typical summer fare in Norway is none other than the humble barbecue; sometimes for breakfast, lunch and dinner in a manner that truly fits their Viking persona. Barbecuing at parks and in front gardens is done to such a magnificent degree that there is an ‘official grilling season’ that starts on Norwegian Constitution Day and Norwegian terms have started to spring up in the local lexicon. Grillpils is a beer specifically to accompany the barbecue, Grilldress is the elasticated outfit worn by the griller to enable maximum consumption and Grillfest is a traditional barbecue party. That’s doing it right. 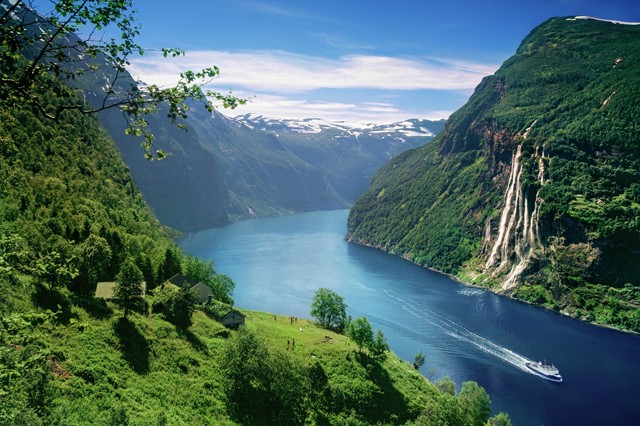 Fantastic view of the Geirangerfjord

A lot of Norway’s remarkable landscape is inaccessible during the winter due to high levels of snow and ice; the summer heat is like one fantastic snowplough that carves a path into the heart of the country’s breathtaking fjords. You can sail through Geirangerfjord in Western Norway’s Sunnmore region and stare up at gargantuan waterfalls that a few months ago were the frosting on top of the massive cliffs. Hjorundfjord provides a similar expansive beauty with a wide, winding lake that ripples below the jagged mountain tops. There are plenty of walks to enjoy during the summer, and although they may be demanding in parts, once you reach the end, the breathtaking views are out of this world and definitely worth the effort…

So not ALL of the landscape is inaccessible in winter. The Lofoten district is pretty frozen over, but taking a kayak down its fjords is one of the most Instagram-friendly things you can do in the world. The sky ranges from crystal blue to wonderfully moody and the mountains are coated in some of the most pristine snow anywhere. Of course, Norway quite possibly holds the crown on Northern Lights tourism and the north of the country is perhaps the best place in the world to hunker down for the show. The lights can actually be seen as far south as Oslo without major difficulty, but anyone with a serious urge for the ethereal should head to Tromso; a big hub for the aurora that provides dozens of different ways to see them in style. 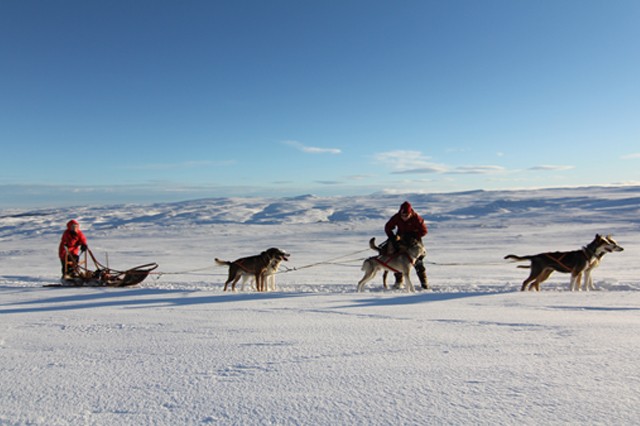 Unsurprisingly for a Nordic country consisting of 70% mountain, Norway abounds with world-class slopes ranging from the gentle to the ones that plummet hundreds of feet into rocky glaciers. Just north of Lillehammer, a town that hosted the 1994 Winter Olympics, is the vast expanse of Rondane National Park and Venabu where visitors can glide through the frozen wonderland on a guided cross-country skiing holiday. You can also enjoy a candle-lit husky or horse-lead sleigh ride through the rolling white hills and between trees heaped with snow. Tobogganing is also popular in this region.

Or head to Geilo, a quaint village on the edge of the Hardangervidda National Park, which is famed for its winter activities and its clean air. Here, you can try cross-country skiing, snowshoe across deep virgin snow, go on a husky sleigh ride and have a go on the beginner slopes of Geilo’s alpine centre. Great for families or those who are new to winter sports!

Decide which face of Norway you prefer by reading more about our holidays in Norway. God tur! (Have a good holiday!)

Written on January 12, 2017 by Lawrence Haywood