Two of the most indisputably Norwegian attractions make up the name Oslofjord, and though there are many reasons to visit Norway, ‘Oslo’ and ‘fjord’ are surely two of the best. This expansive water system penetrates 60 miles north from Fredrikstad to Oslo in Norway’s south-east corner and houses a number of other fjords, bays, bights and sounds. The utterly serene ambience of the Oslofjord and its waterfront surrounds were a big inspiration for Roald Dahl, who remarked that “unless you’ve sailed down the Oslofjord…you cannot imagine the sensation of absolute peace and beauty”. These are the six things you need to know about the Oslofjord.

1. Don’t let the name fool you 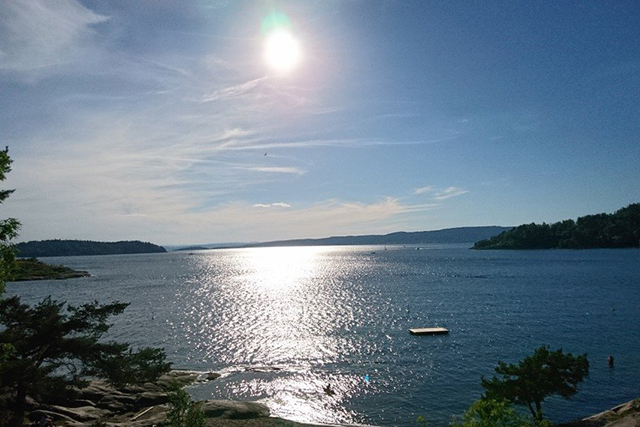 Norway is the indisputable king of fjord topography, home to over 200 of the ambitious water systems, but the Oslofjord isn’t one of them. It is, in fact, an inlet, meaning it has a wider frame with fewer steep mountains on its boundaries; the product of a more gradual glacial erosion that allows for ideal cycling surfaces and the development of civilization on its shores.

Because of this, cycling enjoys much popularity with the thousands of visitors that the Oslofjord welcomes each year. Countless forests, fields, marshland and beaches dot the way along the Oslofjord’s extremely low-traffic roads, with mild hills offering pristine vistas of the tranquil region and its hundreds of untampered islands where moose and squirrels enjoy a wonderfully undisturbed existence.

2. As the name does suggest, it’s got one of the world’s most charming capitals on its doorstep 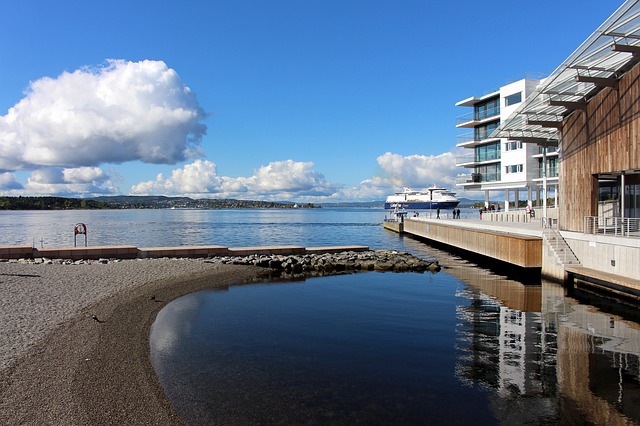 With 40% of Norway’s rather modest population living around the Oslofjord region, the Norwegian capital caters for all those occasional big city needs. In summer, the capital buzzes with a beautiful outdoor atmosphere with people lining the harbour sides at colourful cafés, watching sleek sailboats glide over the calm waters.

The emphasis on museums in Oslo is truly astounding. The incredibly rich history of this vital port city is displayed in the gamut of museums ranging from ancient Viking to World War II, with all the important contributions to art, music, architecture, sports and science in between. It’s no secret that Oslo is obscenely expensive, but entry to the world-class museums and parks doesn’t set you back as much as you might think. 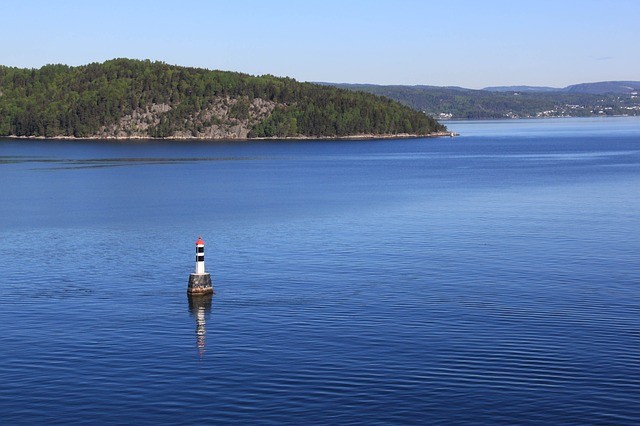 The locals of Oslo flock to its many outdoor spaces during the warm summer days for picnics and barbecues, which is not something people usually associate with a country so historically icy. Oslo does enjoy the sun quite frequently as the Oslofjord has some of the warmest weather anywhere in the country.

While winters are typically rather cold at about 3°C on average, summers shoot up to the 15° or 16° mark due to warm waters from the Gulf of Mexico. The Oslofjord’s various fjords, straits and bays reach a perfectly reasonable 17°C in July and August when the fjord bursts into life as kayaks, sailboats and jet skis give wide berths to those brave enough to take a dip. 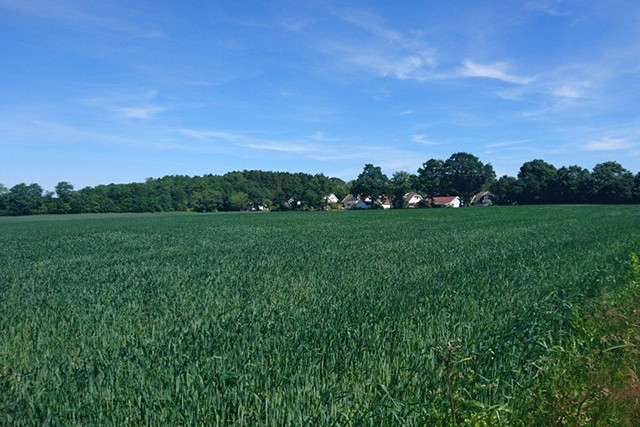 The temperate climate means the Oslofjord is home to some unique species that you won’t see anywhere else in Norway. Vast forests of spruce, pine and fir trees spread for miles around the inlet’s banks, with large clearings becoming especially popular in winter when cross-country skiers shuffle across the huge ice fields between the towering conifers.

Sea life is incredibly rich in the Oslofjord and activities such as diving and fishing reveal an incredibly colourful world below. Flamboyant-looking urchins, sea cucumbers and sea porcupines cling to the rocky floor while porpoises, sharks, jellyfish and huge shoals of cod, herring and salmon float above. The surface is topped with oystercatchers, geese and ducks who head to the shore to roam with the majestic deer and lynx.

5. It’s got a long and eventful history 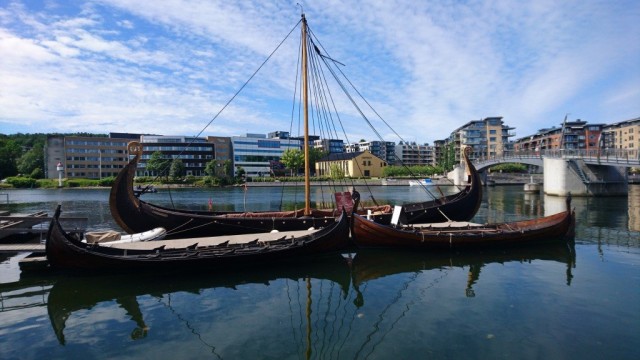 Norway’s vivid Nordic past is known worldwide, but few people know the role that the Oslofjord has played from then until now in safeguarding Norway from invasion and promoting its prosperity. Kaupang was one of the first known Viking settlements and a vital trade port for the rest of Scandinavia and even as far afield as Byzantine and Persia. Striking replicas of Viking vessels are available for viewing in many of the museums of the region and even available for cruises across the Oslofjord.

The Tunsberghus Fortress and neighbouring church ruins in Tønsberg date back to the Middle Ages, with a strong whaling history manifest in towns such as Sandefjord, home to the Southern Actor whaling ship. The various shipwrecks speckled around the Oslofjord attest to the tumultuous maritime history of the region, but provide excellent opportunities for historical dives. The town of Drøbak and nearby Oscarsburg Fortress are the places to learn about the Battle of Drøbak Sound; Norway’s first and successful resistance of Nazi Germany in World War II.

6. The surrounding towns and islands 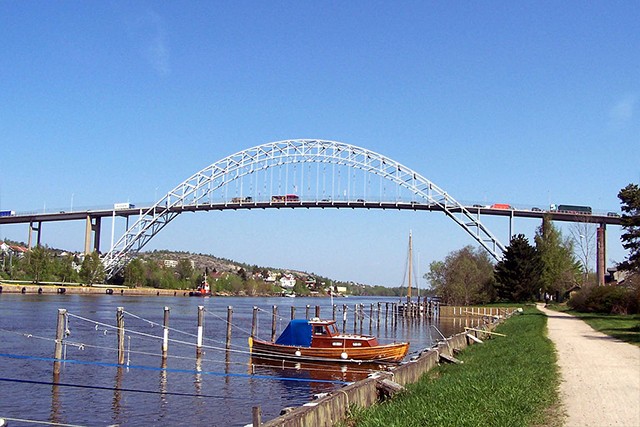 Aside from the historical importance of the towns around the Oslofjord, each one contains a wealth of culture and charm in abundance. Take Fredrikstad, for instance, the second biggest city around the Oslofjord and home to one of the best-preserved fortified old towns in Scandinavia, encased, as it is, in an incredibly striking half-star moat and earth wall rampart. Having not undergone a siege for the last 200 years, Fredrikstad’s old town boasts unblemished cobbled walkways and a real smorgasbord of garish shops, selling anything from Norwegian sweets to vintage clothing.

Sharing its name with the home of the Norse gods, Åsgårdstrand on the Oslofjord’s west coast conjures images quite contrary to its reality. This tiny town is a paradise for everything quaint; plump wooden houses line the narrow streets and the waft of a strong bakery culture filters out across the eastern harbour. Though not quite the home of the gods, Åsgårdstrand has housed many titans of art throughout the years, most notably Edvard Munch, who took up summer residence for over 30 years and delivered some of his finest paintings in this town.

Written on November 1, 2017 by Lawrence Haywood