We’ve all been there. You’re all comfy, working or relaxing – either way you’re in the middle of something – and you really fancy a hot drink. How on earth can you get hold of one without having to make any effort yourself?
With no set rota, (far too rigid an approach), on the Headwater mezzanine where the research, IT and holiday management take place (that’s 8 cups with a full house, as opposed to downstairs in sales/admin which is at least a dozen – yikes!), there are three distinct approaches to ‘Tea Badgering’ 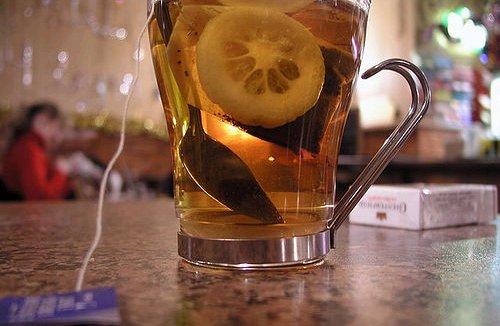 Subtlety
– a subtle text message from one desk phone to another with a simple ‘tea’ demand on it can be surprisingly effective. A bit high-tech for some though.

Outright Demand – little used and with potential for conflict, this is usually borne of extreme thirst and work frustration leading one party to openly criticise another individual’s lack of effort on the tea making front. Usually Dave in IT to be fair.
Napoleon pointed out that an army marches on it’s stomach. Well, here at Headwater it could be argued that we march on cups of tea. Holiday Manager Heather ‘8 cups a day’ Godbert sets the pace, which has forced caffeine sensitive Matt Stafford in Research to take refuge in continental blended fruit teas, after suffering sleepless nights.

Thanks to Jack Brodus on www.Flickr.com

There are approximately 1,500 different types of tea. The drink originated in China over 5000 years ago and was introduced to Europe by a Portuguese Jesuit priest named Jasper de Cruz in 1560. You can learn everything there is to know about tea at the UK Tea Council website www.tea.co.uk