Grab a coffee, relax and enjoy a Headwater blog on Montenegro, an ancint country in a new light

Perhaps of all Eastern European countries, it’s the tiny state of Montenegro that does the most for dispelling misconceptions. Pressed up against the serenity of the Adriatic’s rippling waves and bordered inland by Croatia, Bosnia, Serbia, Kosovo and Albania, the country is often overlooked as a poor alternative to Croatia’s golden beaches or eastern Italy’s string of attractive harbour towns. Despite the false impressions, tourism in Montenegro is becoming the phoenix from the flames of fallen Yugoslavia and negative attitudes are changing towards this proud and beautiful Baltic state.

At the heart of Montenegrin life is an extremely close relationship with nature. The name of the country itself means ‘black’ (negro) ‘mountain’ (monte) in Italian, and an undercurrent of black beauty runs throughout its natural heartlands. Durmitor National Park, Montenegro’s UNESCO World Heritage-listed massif features native black grouses, a huge Black Lake and seas of European Black Pines reaching heights of up to fifty metres. The tallest peak of the Durmitor range, Bobotov Kuk, cuts a foreboding black figure amidst the surrounding countryside, which winds its way around the town of Žabljak, the starting point for ventures into Durmitor. The rugged spine of Durmitor becomes coated with snow during winter, meaning snow sports are a hugely attractive prospect and responsible for the influx of tourists to Žabljak for the 120 days that the slopes are open. 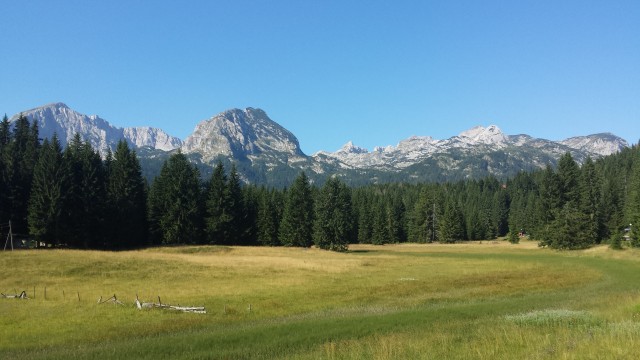 However, the town’s biggest source of revenue is from rafting rentals, as Durmitor’s summer brings people from all around to ride the course of the world’s second-longest canyon after the Grand Canyon: the Tara River Canyon. Summer in general is the season for activity in Durmitor, as people come to hike the well-maintained trails of the pristine national park, arriving in July to view the melting surfaces of Durmitor’s more resilient, higher-altitude lakes.

The warm temperatures essentially turn the entire park into a playground, with mountain bikers, paragliders and free climbers exploring every nook and cranny to satisfy their adrenaline fix. Relaxing times are certainly to be had in the summer months as well and the best way to experience this is to be present during ‘The Days of Mountain Flowers’ – a three-day flower and art festival in mid-July centered around Black Lake.

Three hours south of here are the narrow alleyways of Kotor; navigating these could not feel more different to the vast, open valley floors of Durmitor. The tiny mediaeval town feels positively claustrophobic in comparison, but if the throngs of tourists can be avoided during their day trip from Dubrovnik, Kotor can offer one of the quietest and best preserved old towns in Europe.

Its place alongside Durmitor in the UNESCO World Heritage list is a huge honour for Montenegro; Montenegrins find just as much pride in their man-made accomplishments as their natural assets. The myriad sandstone churches, palaces and monuments stand huddled in this compact harbour town, whose past earthquakes have had potentially destructive but ultimately unfounded long-term consequences for Kotor’s vivid history and immense beauty. 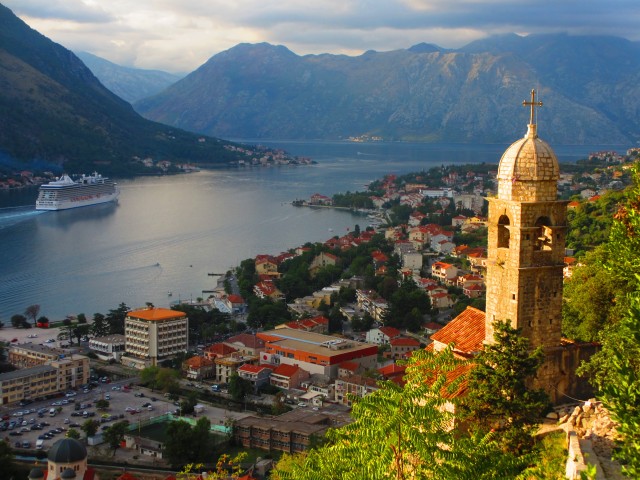 Surrounding the tight webs of cobbled streets and large stone buildings are larger-stoned ramparts, the winding trail of which makes for a challenging but rewarding climb past towers and fortifications until the castle of San Giovanni is reached at the crest. From here the town’s natural defences are clearly laid out. The snaking inlet of water is bordered by rocky spines that stand at such a dramatic gradient that they’d sooner be identified as walls than mountains; positioned at the sides and back of the town they provide a seemingly impassable defence against incredibly persistent invaders. The most foreboding nearby range is the Lovcen Mountains, which, in their own right, are a huge pull for tourists. 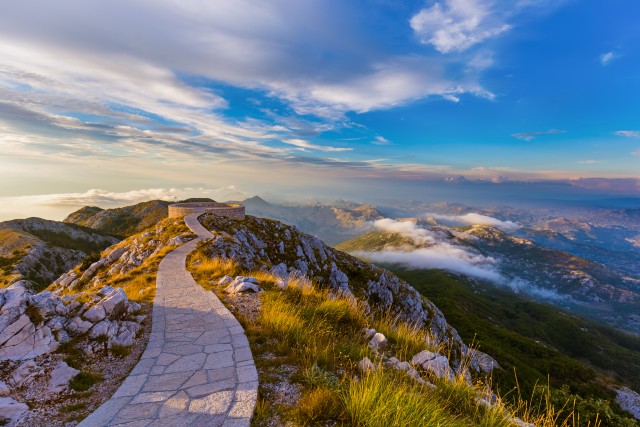 These mountains are steeper still than those surrounding Kotor, and so jagged and rocky that trees have to cling almost horizontally to their surfaces. Lovcen’s mountains cast shadows over a 62 square kilometre national park, much smaller than Durmitor, but with a much more significant history. Lovcen National Park is less isolated than Durmitor, featuring many breathtaking villages and towns at its base and on its mountain slopes.

Significantly, Njeguši, an unassuming yet stunning village of about 20 inhabitants is the birthplace of the royal Petrovic dynasty who ruled Montenegro for 220 years and whose last member, Petar II, is highly revered throughout the country. Further around the perimeter of the park lies the old capital, Cetinje, now a cultural and spiritual town with numerous monuments and monasteries dedicated to the preservation of vital Montenegrin history. Atop Lovcen sits a humble viewpoint that provides remarkable views of the entire range and some of Montenegro’s most important cities.

The best way to explore the real essence of Montenegro is on foot, and Headwater offers a comprehensive 7-night walking tour that spans the north, east, south and west of this beautiful pocket of the Balkans. You can scale the heights of Durmitor, snake the streets of Kotor and immerse yourself in the history of Lovcen with a highly knowledgeable guide, all in a largely misunderstood and thrillingly unknown country.