Istria off the beaten path

Istria off the beaten path

Most visitors to Istria flock to the seaside towns and beaches of its western coast, but the soul of this Adriatic peninsula in western Croatia can be found in the enchanting valleys and ancient hilltop towns of its interior. Visitors willing to wander off the beaten path are rewarded with hidden treasures: the painted fresco of a church nave dating back to mediaeval times, a spectacular view of rolling hills of vineyards and olive groves, or vestiges of Venetian-style architecture. Here are five places in Istria that will delight travellers who like to venture away from the crowds: 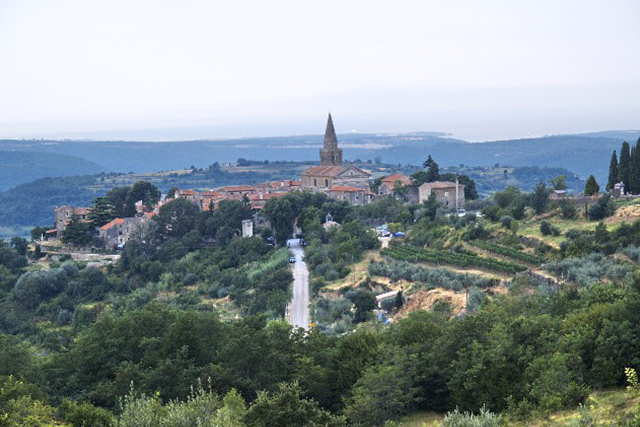 Picturesque Grožnjan is featured in many a guidebook but is a world away from the crowded beach resorts of the Istrian coast. This hilltop town of cobblestone streets and tastefully restored stone houses has a special atmosphere, and from its position at 282 metres above sea level there are gorgeous views of rolling hills of olive groves and vineyards, and a sliver of the sea towards the west.

Grožnjan was deserted when its Italian inhabitants left after World War II, but starting in the mid-1960s, it was slowly taken over by artists. Today, the once crumbling buildings have been transformed into art galleries, studio workshops, and small boutiques selling handmade jewellery and pottery.

A road winds through pine forests from the well-known tourist centre of Motovun upwards to the tiny hilltop town of Oprtalj. Among the cobblestone courtyards, elegant stone arches and many dilapidated houses are several hints of its Venetian past. The handsome Venetian-style loggia with arched windows is one: it looks out over a lovely valley at the town’s entrance, where there’s also a relief of the Lion of St. Mark.

Imposing stone gateways guard some of the town’s larger villas, but most of the buildings here are abandoned and derelict. A peek into the churches of St Rocco, St Mary and St Jelena reveals the impressive remains of colourfully painted frescoes dating back to the 14th and 15th centuries. An antiques market is held in and around the loggia every second Sunday of the month. 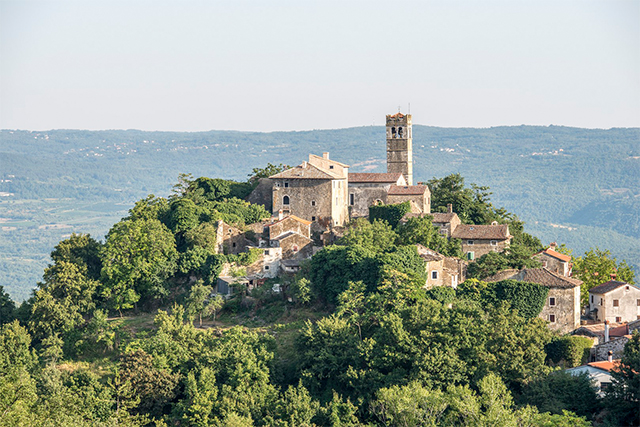 The first view of this little town perched on a hillside with the Mirna valley as a backdrop is breathtaking. Završje used to be a bustling market town and an important thoroughfare on the Parenzana railway, which was discontinued in the 1930s and was the catalyst for the town’s decline. Today there are fewer than 50 people living here and most of its stone houses are abandoned, giving it the feel of a ghost town of another time.

Thanks to an EU restoration project, a few of its buildings have been restored, like the old school at the town’s entrance, and information boards provide interesting facts on Završje and its architectural highlights. A curiosity is the bell tower of the Church of the Blessed Virgin Mary at the town’s highest point, which appears to be leaning. Also, a C15 silver chalice was sold by the church to pay for the construction of a new church and is now part of the Louvre’s collection in Paris. 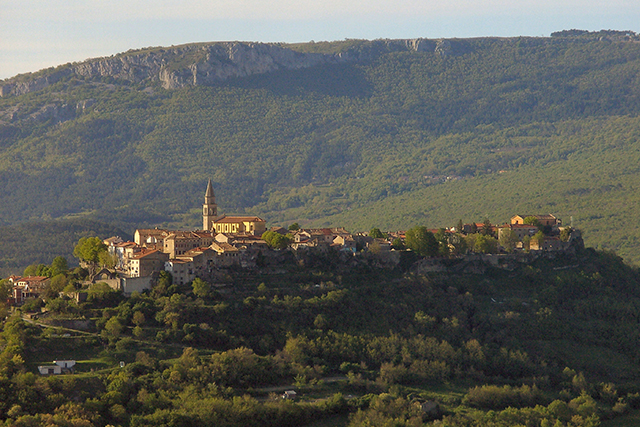 Buzet is another Istrian hilltop town that stuns at first view. The approach from the Mirna Valley offers the awesome sight of its old town perched on a hilly outcrop. Arrive in the early morning and it appears to be magically rising from a foggy blanket.

Dubbed the ‘City of Truffles’ because of its location in the heart of truffle country, the town hosts two annual events celebrating this pungent tuber that grows underground and can only be unearthed by trained dogs. A Weekend of Truffles is held in early November and during the Subotina Festival on the second Saturday of September, a giant omelette of more than 2,000 eggs and 10kg of truffles is prepared.

Buzet is also a great base for hikers and cyclists, with many scenic trails heading towards the Cicarija Mountains, Ucka Mountain, or Mirna Valley. 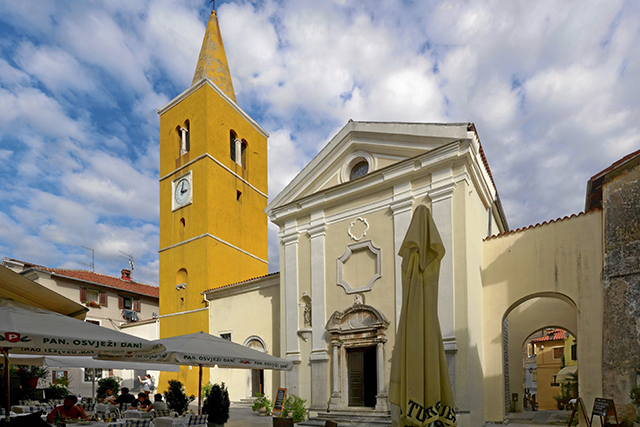 Located on the eastern coast of the Istrian peninsula overlooking the Bay of Kvarner, Lovran is one of the oldest settlements on this stretch of coast. During the Austro-Hungarian Empire, it became a fashionable holiday destination along with nearby Opatija.

Its old town is compact and its narrow lanes are a delight to explore, while the coastal road is lined with handsome Italian-style villas set in flower gardens stretching towards the sea. A highlight is the 12-kilometre-long seaside promenade to the charming harbour of Volosko, which winds past picturesque bays and beaches on the way.

Explore Istria with Headwater on our Castles to Coast Walk, prices from £1,129pp for 7 nights, all breakfasts, 5 picnic lunches and 2 evening meals included.