The rolling green expanse of Connemara lilts as gently as the soft Irish tones in its name. This region on the west coast of Ireland looks almost otherworldly, but it remains rooted in a rich Gaelic history evident in the various towns and fishing villages dotted around its weather-hardened foundations. The boundaries of Connemara are heavily disputed; locals want to claim as much of the rugged coastline and as many of the mossy mountains as possible: something that the Gaeltacht districts of western Ireland already boast in abundance. Nature as unabated as this instils a primordial desire to explore in the thousands of visitors that walk and cycle around Connemara every year; here are five reasons why you should be one of them. 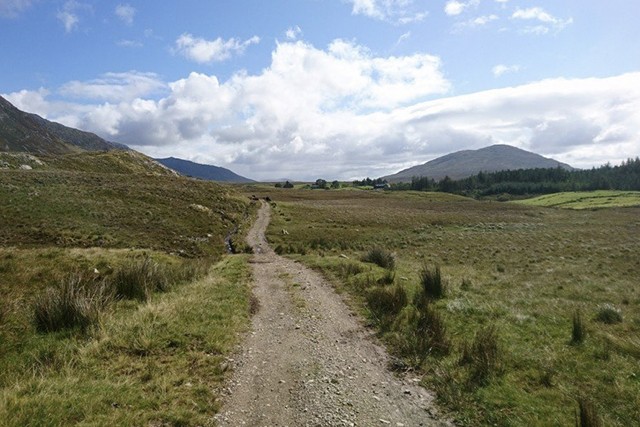 Cut through the wild body of Connemara are its earthen veins: hundreds of kilometres of shepherd’s track, gravel or hard earth walking trails that epitomise the isolated charm of rural Ireland. The amount of signposted walks to choose from is staggering, and one could happily spend months in the region without seeing everything it has to offer. The best all-round trail is The Western Way; a 66km trail that hugs the rocky mountains, squeezes through the windy valleys and saunters along the magnificent Lough Corrib, all of which lie between Westport and Oughterard.

Dramatic scenery abounds along The Western Way and a voyage down its winding paths is rewarded with stunning Connemara landmarks. A short stroll into the walk lies Killary Harbour, Ireland’s only real fjord that offers a plethora of opportunities for scuba diving under or boat cruising around the fishing vessels that skim the shimmering surface. Follow the Maumturk Mountains around and pass through the spectacular Inagh Valley below towering, and holy, Maum Ean peak before descending onto Lough Corrib, the Republic of Ireland’s largest lake. 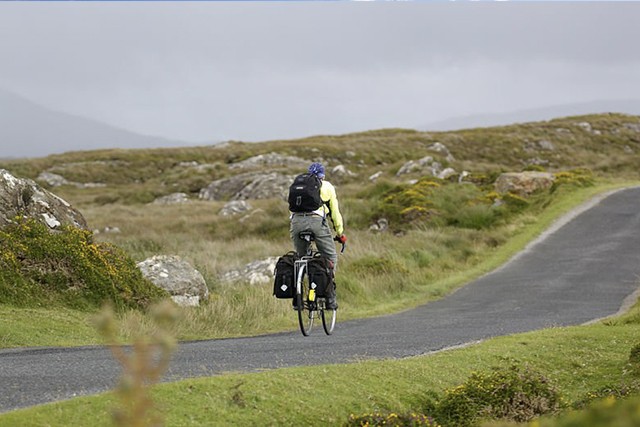 If you can’t explore as much as you’d like on two legs, swap them for two wheels and embark on the many expansive cycling routes that Connemara offers. One of the best is the Sky Road, a loop track to and from Clifden, the largest town in Connemara. The gentle track winds past paddocks and tiny communes with stone walls and rustic fences lining the way. There’s a very prevalent view of the Atlantic on one side and at Monument Hill, you’ll be rewarded with a gorgeous view over Clifden, with its stone spires standing proud in front of the backdrop of the Twelve Bens mountains.

The Tour de France‘s little cousin, the rather less glamorously named Tour de Bog, is a charming annual ride around The Wild Atlantic Way; a beautiful 32km cycling route that takes in the pretty and (as the name suggests) rugged wilderness of southern Connemara around Ballyconneely and Roundstone. The vistas are simply stunning here and the untamed grassy slopes dotted with sheep leave more than a hint of New Zealand in the air. Riders will take in the tremendous sights of Skellig, Dursey and Garnish Islands as well as the handsome Kilkee Lighthouse and, if they’re lucky, groups of penguins or seals off the western coast. 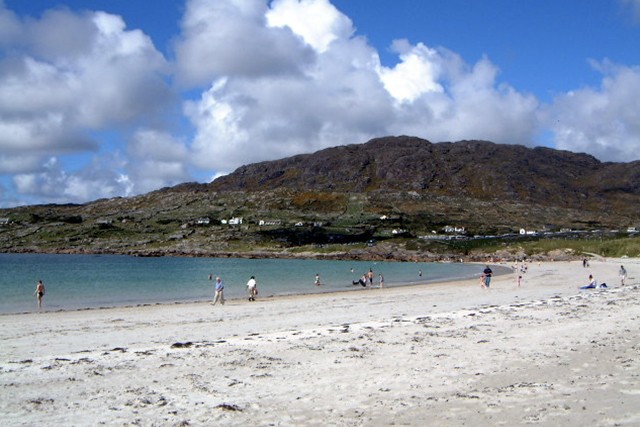 White sand and crystal waters probably wouldn’t be the first image to spring to mind when thinking of Ireland, but to overlook these understated gems would be doing Connemara a huge disservice. Dog’s Bay Beach near Roundstone looks like something straight out of a movie and rivals any of the popular beaches of southern Portugal; though its double-horseshoe shape separated by windswept grass carries an air of seclusion that you can’t find much of in the Algarve. Similar tranquillity can be found at Eyrephort Beach near Clifden, which requires a little off-the-beaten-track voyaging to reach.

Backed by a spectacular mountain, Glassilaun Beach near Tullycross offers more sparkling sand and azure ocean. Sunbathing or surfing are the two most popular activities here, but absorbing the breeze of the Atlantic is something to be enjoyed by everyone.

As magical as the scenery of Connemara is, the true magic lies within the towns and villages of this Gaeltacht steeped in Irish culture. Connemara’s centres range from the loud, boisterous, Guinness-swilling variety to the impossibly sleepy and calm. A good example of the latter would be Leenaun (or Leenane), a miniscule village at the bay of Killary Harbour, where its streets (all two of them!) snake below the ever-changing seasonal hues of the Maamtrasna and Maumturk mountains.

The more animated version of Connemara life can be seen on Inishbofin Island. ‘The Island of the White Cow’, as it translates to, comes alive on a nightly basis with traditional Irish music and Ceili dancing, with many a Guinness to be had as patrons stare out over the shimmering black Atlantic. The island may only house about 180 residents, but the annual Arts Festival, Walking Festival, Regatta and Food Festival ensure plenty of people make the trip from the mainland. 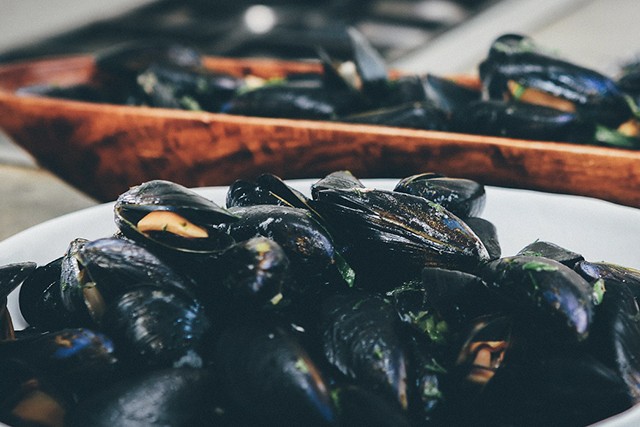 The love of food transcends far beyond Inishbofin – Connemara has an obsession with the freshest seafood caught daily in its oceans, fjords, inlets and lakes. Some of the best can be found at Westport’s seafood market every Thursday morning where mussels and clams, caught at Killary Harbour, are sold.

Around the rest of Connemara, smoked salmon, haddock, oysters, crab and a multitude of other delectable seafood sit among the famous lamb and abalone, with a selection of soups, stews, cheeses, patês and puddings for accompaniment. Sweet teeth can be satisfied with a selection of Irish chocolates or fruit scones, and everything can be washed down with a hearty Guinness or locally-made ale.

You can walk the resplendent Western Way or take to the Sky Road on two wheels via a walking or cycling tour with Headwater. Visit the world-class beaches or relax in the adorable villages with the best seafood you might ever eat!

Written on October 20, 2017 by Lawrence Haywood