5 Reasons Why You Should Visit Chianti

The holy Mecca for wine enthusiasts the world over, Chianti began cultivating the grape before France had even thought about it. This region between Florence and Siena in Italy’s sunny midriff has grown an unassailable reputation for great wine and holds a year-round homage to the drink that has formed its way of life for centuries. But, Chianti ticks a lot more boxes on a lot more lists. Here are five reasons why you should be heading to Chianti.

In a country known for its outstanding wine, Tuscany does well to boast some of the more famous ones and Chianti really shows its pedigree in this sense. The universally-acclaimed sangiovese grape is a staple of the best red wines in Italy and its often turbulent nature is well-cultivated by the world-class wineries dotting the hills of Chianti. The grape usually makes up about 80% of the region’s eponymous Chianti wine along with other canaiolo and malvasia bianca varieties.

The two iconic stamps of Chianti wine are the Gallo Negro (black rooster) and the round-bodied bottles supported by straw baskets called ‘fiascos‘. These ensure the wine is a genuine bottle and not one of the many copies that the sheer popularity of this region has spawned. 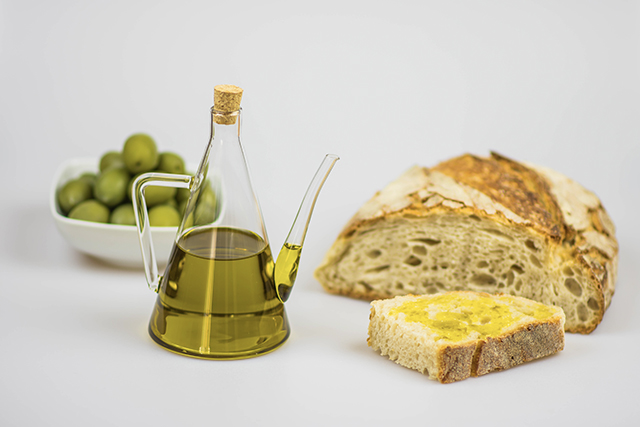 With such a heavy emphasis on the sangiovese grape, it’s only right for Chianti to provide a plethora of food options for accompaniment. Fortunately, the traditional Italian fare of lasagnes, pasta sauces and pizza are considered the best to pair with the distinct acidity of the grape and are readily available throughout the Chianti region and beyond. However, in keeping with the archetypal Italian mantra, Chianti has forged a reputation for some of the best olive oil in the country; it is held in a similar regard to the wine and has thus earned the coveted Chianti Classico moniker.

The extra virgin oil is taste and smell-tested by an approved panel before being permitted for sale at markets and festivals. The ‘new oil and bread’ festival in Autumn is perhaps the best way to sample Chianti’s golden-green delicacy, but this is just one of many food festivals held in the region throughout the year. Foodies can also enjoy the rabbit and chicken, wild boar, handmade pasta, seafood, fried doughnut and watermelon festivals, while the more adventurous can opt for the frog and tripe festivals! 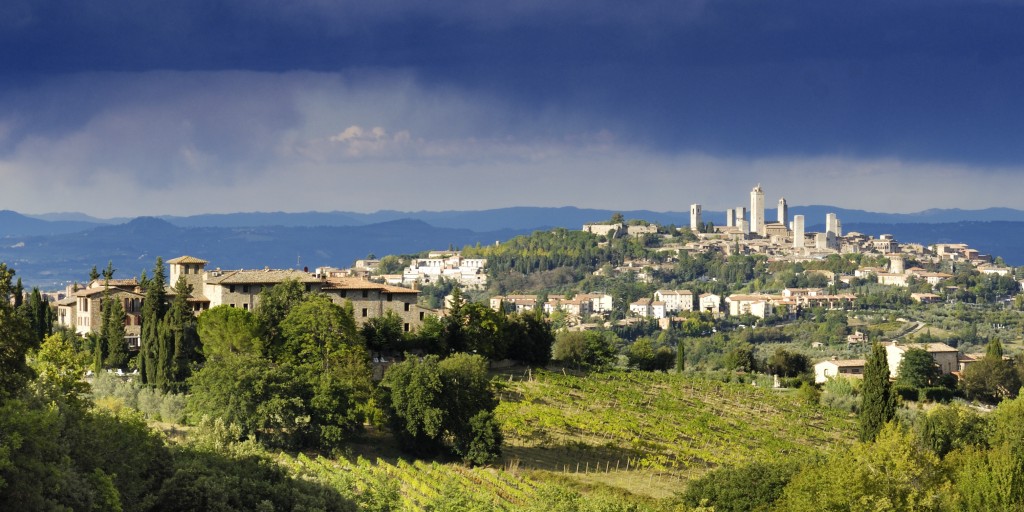 If there’s ever a part of this country that screams ‘Italy’ louder than the Colosseum or the Leaning Tower of Pisa, it’s probably the rolling gamut of green and ochre vineyards that span the heartlands of Chianti. There’s a definite sense of satisfaction in seeing the perfectly uniform vines stretching off in seemingly endless rows over the many hills, punctuated by quintessential rustic architecture in the remote cellars and stone palazzos and towers of enchanting mediaeval and Etruscan towns like San Gimignano and hilltop Volterra.

The region is a cyclists’ dream, with vast fields of purple sangiovese, golden wheat and untamed green holm oak and hornbeam lining yellow oceans of sunflowers. The vibrant hills burst to life in September as harvesting season begins and grapes are plucked by the basket-load while boars, rabbits and porcupines sniff around in preparation for the coming winter.

Along with the rest of pre-unified Italy, the two states of Florence and Siena were involved in a long-standing battle over land. The three centuries of sparring between the governments for the trophy of Chianti was due to its tactical position and rich soil; assets that ensured a consistent rivalry between the duchy and the republic. Some of the beautiful castles dotted around have been turned into dramatic-looking wineries such as the castles of Meleto, Gabbiano, Verrazzano and Vicchiomaggio.

Of course, the wine of Chianti has a history all of its own. The fact that Chianti Classico is contained purely to this region is due to a revolutionary decree from Cosimo the Third, the Grand Duke of Tuscany, who set the region’s boundaries in 1716 and stated that any wine used with grapes grown outside could not pass for the esteemed Gallo Negro mark, which itself has a story rooted in light-hearted Tuscan folklore.

Situated as they are between world-famous Florence and Siena, the towns and villages of Chianti have a lot to live up to; yet they are never overshadowed. Some of Italy’s best communes can be found atop the hills and amidst the valleys of Chianti. Take Montefioralle; a beautiful labyrinth of narrow cobbled alleyways fringed with potted greenery, or Casole d’Elsa; one of the picturesque, hilltop homes of winegrowers found speckled around the region. San Gimignano, as a UNESCO world heritage site, is a particular highlight for its many angular stone towers built as a statement of wealth and power by upper-class traders, earning it the nickname ‘the Manhattan of the Middle Ages’.

Of course, the two cities at the north and south of Chianti are certainly not to be overlooked. Florence has a justified, world-wide reputation for art and architecture, as it was here in the C15 that the city became one of the richest in the world, which led to some of the most recognisable human achievements on the planet. If the Duomo, Michaelangelo’s David and Botticelli’s The Birth of Venus aren’t enough then make the trip over the hills to Siena, where the stunning Piazza del Campo, Palazzo Pubblico, Siena Cathedral and Torre del Mangia are sure to make a lasting impression.

Take a look at Headwater’s trips exploring the charms of Chianti either on foot or by bike.

Written on March 1, 2017 by Lawrence Haywood