5 most breathtaking sights on the island of Madeira

5 most breathtaking sights on the island of Madeira

You’ll be hard-pressed to find an object that isn’t immediately enhanced by having the word ‘Madeira’ before it. Madeira cake is delectable, Madeira wine is outstanding, and Portugal’s Madeira islands are a treasure trove of wonderful sights. Here are five reasons why your flight ticket should feature the word ‘Madeira’ this winter.

1. Monte Palace Tropical Garden
Set high above Madeira’s capital, Funchal, the astonishing 70,000 sq ft gardens are home to a massive collection of exotic plants from all over the world, colourful birdlife such as peacocks, ducks and swans, Koi fish and beautiful sculptures. There is even a section reserved for local species from the Laurisilva forest of Madeira.

Set around gushing waterfalls, spectacular fountains and lakes, Monte Palace Tropical Garden it’s little wonder it is one of the island’s most popular attractions. 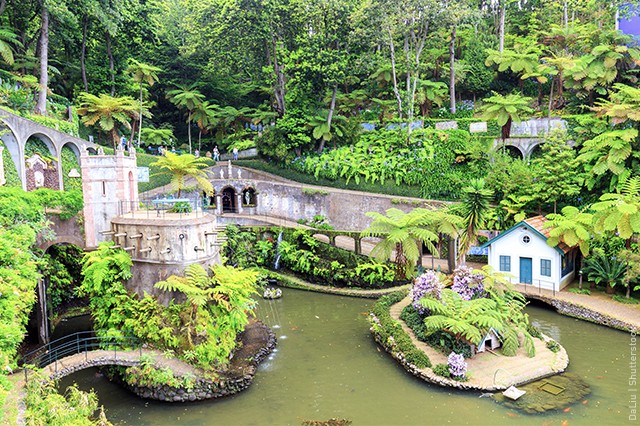 2. The Levadas
Being as diverse as it is, Madeira historically managed to have plentiful rainfall in the north and droughts in the south despite each region being about 10 miles apart. This lead to the necessity for building a complex network of levadas – aqueducts carved into and around mountains that allowed for flowing water to reach even the most remotely inhabited areas of the island. 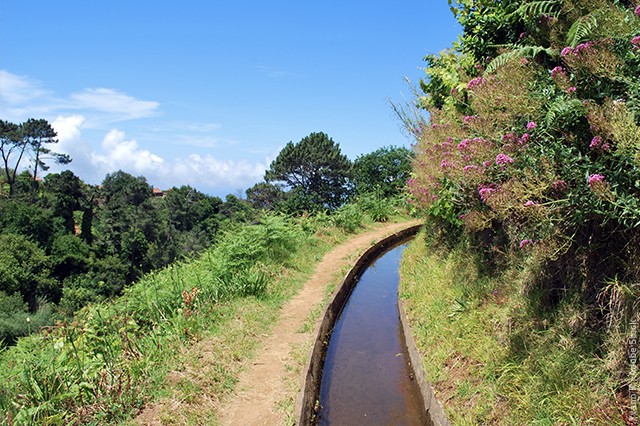 The Levadas in Madeira

The advancement of time has been kind to this uniquely Madeiran technology; levadas are just as vital to life on Madeira as they were at their inception in the C16, with many fitted with turbines to provide clean hydro-electric power. Now reaching a staggering 1,350 miles in length, this perfectly cut irrigation system doubles as a series of excellent hiking trails that wind around and inside Madeira’s breathtaking landscape, providing the best views and means of transportation on the island.

3. The Laurisilva Forest
Madeira has a bit of a reputation as a land that time forgot. Along with the neighbouring Canary Islands and Portugal’s other Mediterranean territory, the Azores, this archipelago features some of the last remaining climates of a prehistoric era that used to engulf most of southern Europe and northern Africa. Everything was more misty and ethereal back then, and you can see it today in Madeira’s perfectly preserved Laurisilva cloud forest. 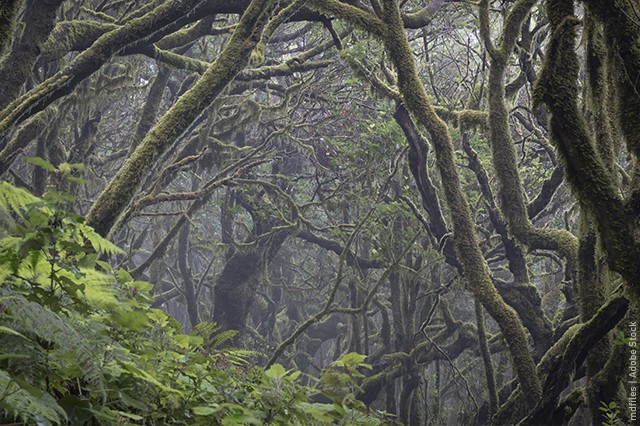 The all-consuming web of fog and moss here is home to 76 endemic plants and more than 500 endemic invertebrates. Human development within the forest has been very limited so as to allow nature to thrive, but paths and levadas can be walked to gain stunning views of the ancient trees, valley floors, rocky cliffs and cascading waterfalls of this UNESCO-protected site – one of the last surviving examples of this type of forest anywhere in the world. Look out for many endemic species such as the Madeiran long-toed pigeon!

4. The Lava Pools
Madeira’s shimmering black sand beaches point to a previously volcanic existence; the entire island is actually a gigantic shield volcano with the majority of its body underwater. From the top of Pico do Arieiro, you can look down on the stretching fields of solidified ash that indicate that the now dormant volcano was an explosive hive of activity back in the day. 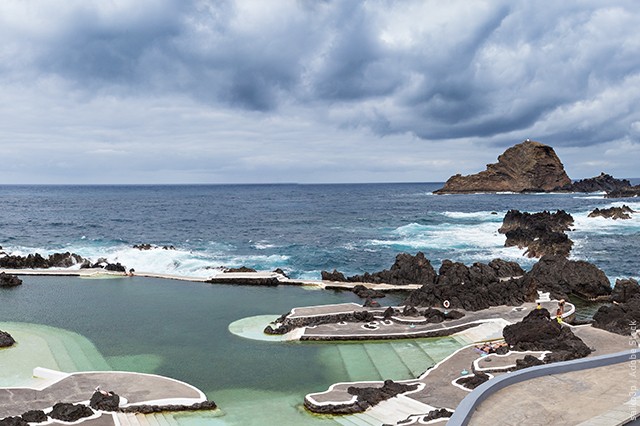 This once effervescent activity has calmed somewhat over the years to a gentle simmering that can be enjoyed in Madeira’s north-west resort village of Porto Moniz. The natural swimming baths here are geothermally heated and provide the most luxurious swimming conditions on the island. The pools are beautifully constructed and allow for magnificent views over the Atlantic Ocean.

Where rock formations meet the ocean, this 9km protected part of the eastern coastline is fantastic to walk along, offering sweeping panoramic views of the Atlantic, jagged peaks and masses of flora and fauna, including monk seals and many species of birds. 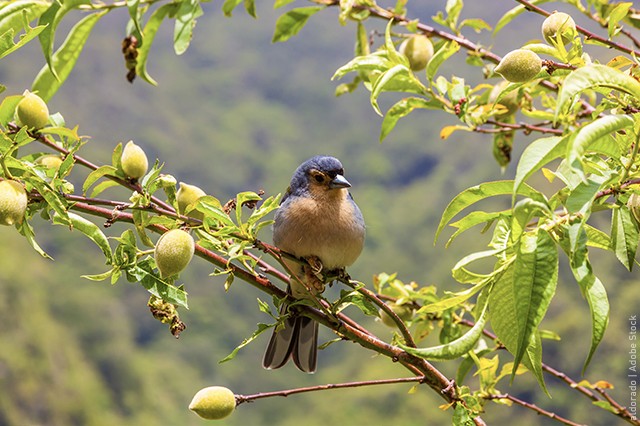 Madeiran chaffinch chilling in a tree

We can’t leave without mentioning the magnificent birdlife on Madeira – many endemic and migratory birds call the outlying archipelago home, even if just for a few months. The majority of feathered life is out at sea and along with its pools, Porto Moniz doubles as an attraction for viewing the great range on offer. Shearwaters, Arctic skuas, gulls, and a huge variety of petrels can be seen skimming the water in search of fish, while inland there are swifts and canaries, with exotic and endemic birds like the Trocaz pigeon and the Madeiran Firecrest making home in the mist of the Laurisilva forest.

Fancy heading to Madeira this winter?

Let’s be honest, the sun is probably your first port of call right now. You remember the lofty heights of 2016’s summer and want to replicate the same feeling of comforting warmth and beautiful sunshine in early 2017. Well, sitting in front of the fire with a torch on the mantelpiece isn’t going to cut it this year, so you’re going to have to leave the house. 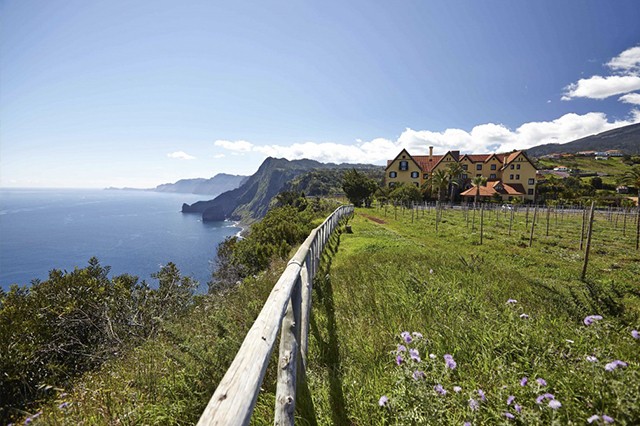 View of the Quinta do Furao on the Madeira coast

With average temperatures hovering around 20 degrees, you’ll never be anything other than pleasantly warm. The various unique systems that envelop Madeira’s isolated, semi-tropical location make for some seriously diverse climates; you can be on the beach, in a desert, up a mountain, within a cloud forest and amidst the lava pools in one extremely busy day, all while viewing the winter snow on top of the mountains of Funchal from their base at a balmy 19 degrees.

Headwater offer a seven-night Marvels of Madeira Walk that explores the wonderful sub-tropical paradise of Madeira. Take the levadas through the central regions over mountains, through forests and around vineyards, eventually into the bustling capital of Funchal.

Written on December 9, 2016 by Lawrence Haywood