A hike around the valleys, rivers, hamlets and vineyards of northern Spain will work up a serious appetite. The Camino de Santiago is certainly no mean feat, but it is made so much easier by the prevalence of delectable tapas available throughout a route that spans about 500 miles from Navarra to Galicia. The genesis stories of tapas vary throughout the country and the regional variations are staggering in amount; yet all end up as the mouth-watering finger food celebrated daily in Spain and yearly across the globe in the form of World Tapas Day. Following in the vein of the UK’s Monty Python-esque food holidays such as National Sausage Day, Tea Day, Biscuit Day, Fish and Chip Day and Beer Day, it’s only right that Spain’s national dishes should bask in the same reserved glory one day a year. Here are the four best places to celebrate World Tapas Day along the Camino de Santiago. 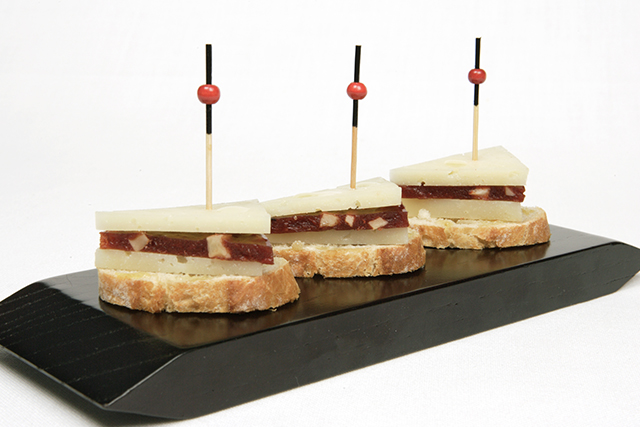 An early stop for the Camino pilgrims, Pamplona lies in the north of Spain and is a city most notably famed for the Festival de San Fermin: the running of the bulls. The towering and beautiful town hall in the centre of the city provides a wonderful backdrop for the patrons of the many tapas bars dotted about the square. As most tapas bars require customers to stand up, this might be a very short-lived reprieve for the tired legs of the pilgrims, but those who can hack it will be enjoying Pamplona the local way.

Tapas here take on the form of mini-baguettes called montaditos, often emerging from the kitchen filled with Iberian ham and idiazábal, a smoked cheese from the Basque Country. These either come as an open-faced sandwich served with salad or closed and spread with guacamole. The more elaborate types of tapas in Navarra may come with a stick through the middle and will be referred to as pintxos. The colour and number of the sticks remaining on the plate at the end will determine the overall bill; don’t blow all your pilgrim’s allowance in one day! 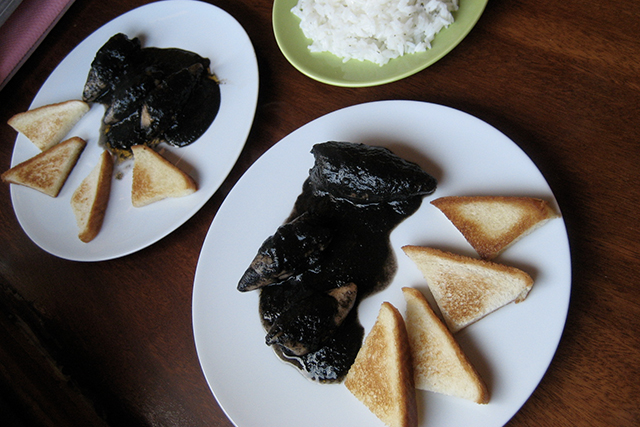 For pilgrims tackling the Northern Way; the route from the Basque Country to Galicia; tearing themselves away from the starting point at San Sebastián might be tougher than they expected. Quite possibly the holy Mecca for trekking foodies, San Sebastián is nestled right at the top of Spain and features beautiful views of the Bay of Biscay from its lively beach, Playa de la Concha. With a whopping nine Michelin-starred restaurants, San Sebastián officially has the highest concentration of such fine dining establishments in the world, offering a high-society spin on the hearty, homespun tapas.

As one might imagine from a port town, much of its gastronomy comes from the Bay of Biscay, which provides salted cod and trout caviar for bacalao, as well as grilled prawns for the brocheta de gambas. Gildas are small Basque ‘lollipops’ of anchovy, olive and chilli pepper, whilst Txipirones en su tinta are squid cooked in its own ink and served with onion sauce. If the last one sounded too adventurous, there’s a myriad of other options waiting to be washed down with a txikito (a small glass of wine). Often heralded as THE place for tapas in all of Spain, León boasts a huge array of finger foods and also one very appealing facet to their existence – they’re all free! Though this is not a quirk exclusive to León, the locals will certainly tell you that it is, despite the fact that various cities and towns around Andalucia, Extremadura, Galicia, Catalonia and Madrid offer the same deal with the purchase of a drink. This is just one example of León residents’ fiery passion for tapas and their suitable beverage combinations.

And at about €1.80 for a glass of wine, there’ll probably be many combinations to explore. The morcilla is a safe bet with its black pork sausage, onions and paprika, as is the regional favourite, cecina, cured and salted beef with cheese and apple. A corto (small beer) can be purchased for about the same price as a wine and will serve as a loyal companion throughout the mountain of patatas bravas (sliced, fried potatoes with herbs and spicy salsa) that you’ll be noisily demolishing at the bar. Croquetas have a similar appeal to beer-drinkers; their round potato exterior and gooey cheese and ham interior have to be assembled quickly when León’s hordes divulge on the centre of town, Barrio Húmedo, at 8pm. 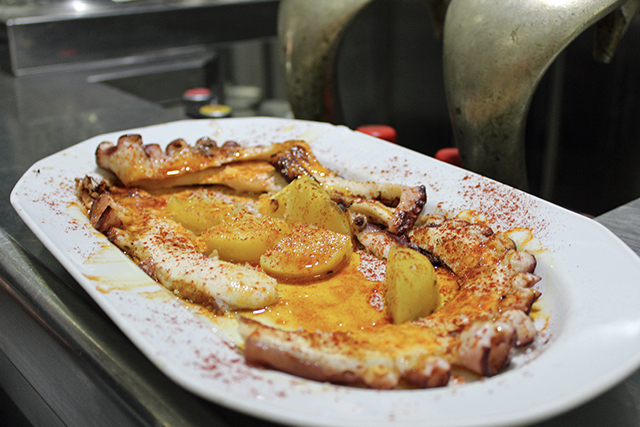 The ultimate goal of every Camino pilgrim’s journey: to reach the twin towers of the Santiago de Compostela cathedral in the westernmost reaches of Spain. A great way to celebrate arriving in the holy city is to pig out on some of the Galician takes on tapas; which can be done by gorging on a lot of fresh octopus. Pulpo a la gallega is Galician octopus that can come grilled with herbs and swimming in oil or boiled and served on a bed of potato and paprika. Clams are also a prevalent addition to Santiago de Compostela’s seafood contingent and are often served steamed with a heaping of tomato sauce.

One of the most simple tapa in the country comes from the Galician town of Padrón in the form of thick, green peppers that, once fried with oil and salt, become an incredibly moreish snack. Roughly one in ten of these pimientos de Padrón will be extremely spicy and even meticulous inspection from the outside will not reveal which one contains the fiery seeds within, meaning every bowl is a culinary roulette that keeps the snoozy post-siesta Spaniard on their toes.

If you feel in the mood to celebrate World Tapas Day with authentic Spanish cuisine, take a look at Headwater’s 10-night Walking the Camino de Santiago holiday or 12-night Following St James’ Way – both starting in León and finishing at Santiago de Compostela; with all the fabulous food along the way!