4 reasons you should visit Austria

4 reasons you should visit Austria

Bordering Germany, Switzerland and Italy; Austria quite regularly doesn’t get the credit it deserves. Its position slap bang in the middle of Central Europe is one of its most endearing features, as in the past it has been a land of great strategic value and eventful history, acting as it does as a gateway to either side of Europe. It has also been on the receiving end of some serious seismic activity which has allowed the formation of some of the most beautiful landscapes on the continent.

Not to be overshadowed by anyone, these are the four best reasons to visit Austria:

Vienna alone is reason enough to set foot in the country. The beauty unfolds itself like a Mozart concerto on the commute from the airport to the centre, as immensely grand buildings wash between red and white and myriad statues range from the humble to the flamboyant. The heart of Vienna’s overt extravagance is its Museum Quarter; a maze of outstanding Baroque and Art Nouveau buildings that readily challenges Paris for its European crown.

Truly, no corner can be turned in the stunning capital without another masterclass of architecture from Vienna’s premier craftsman, Otto Wagner, revealing itself. Then there’s the Habsburg residences of Hofburg Palace, Schoenbrunn Palace and the Belvedere complex, which add an opulent and historic grandeur to this, one of the most beautiful cities in Europe.

General consensus is that Austria is rightly the heart of European classical music. It’s not hard to see why, with the streets of its cities and towns constantly alive with the sounds of treasured composers who were born or lived in the country throughout the centuries. Salzburg is maybe the best example. Here, everything is about Mozart, be it the buildings that had any sort of impact on his life, his music in the shops, the buskers on the streets playing imaginative recitals, or his photoshopped cut-outs holding his delicious, eponymous yet tenuously linked dessert ‘Mozart balls’. 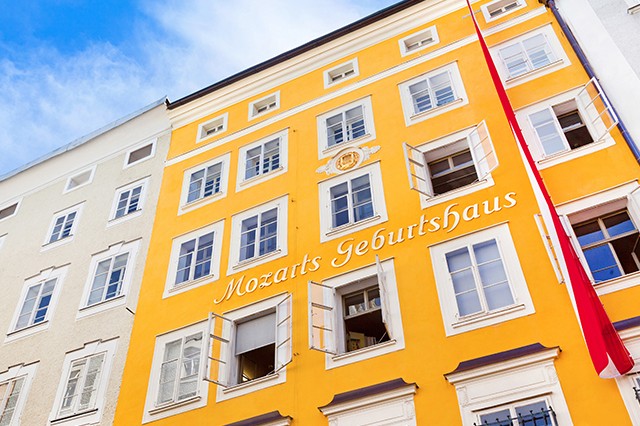 Many of Vienna’s glorious avenues and hidden alleyways will likewise hold a once-residence of Ludwig van Beethoven, who lived in 60 different abodes around the city (he was constantly irked by neighbours and notoriously sketchy with rent payments). A huge amount of buildings in the capital are dedicated to Austria’s principle cultural export, but the most interesting is the Vienna State Opera, the architects of which committed suicide out of shame for the perceived ugliness of the building upon its revealing to the world, despite it looking more magnificent than most buildings you can think of.

A roam around anywhere in Austria’s scenic western and southern regions will see the elegance of the city give way to the splendour of the country’s forever rolling hills and the shimmering bodies of water that lie at their feet. Austria’s Lake District is a marvel best explored on two wheels as beautiful cycling tracks hug the shores of many of the sees as they’re called here, and options abound for cruising above or diving below their individual blue hues. 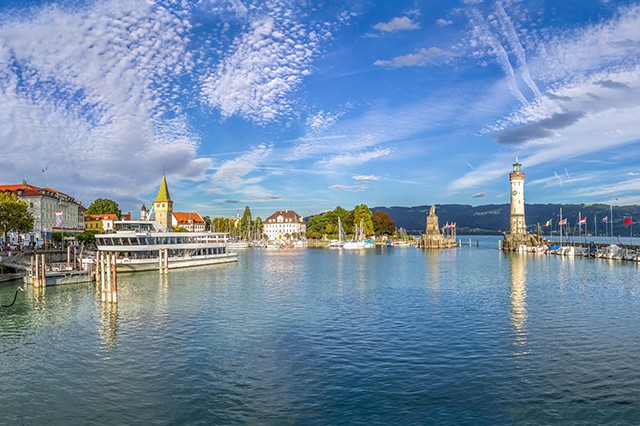 Of the most beautiful are Halstattersee, Bodensee (Lake Constance) and Wörthersee (definitely worth a see). To take a dip in Halstattersee would be to literally swim in accolades, as the lake and its attached town of Halstatt have won awards for beauty and preservation. Its hilly cycle path perimeter can be a bit of a challenge, but for the less inclined, a pedal around the 270km of Lake Constance will be a flatter and more multicultural experience, as the beautifully expansive lake spans Austria, Germany and Switzerland.

Being the home of some of history’s coolest mountaineers and snow sportsmen, Austria has a reputation for the extreme when it comes to its peaks. The recent shift in popularity of snow sporting destinations from France and Italy to Austria has been one primarily of cost, although there is nothing compromised in the way of natural beauty. The Austrian Central Alps are probably as quintessential Austria as you can ever get; the whimsical train ride through it provides views of tiny hamlets on verdant hills dotted with bell-adorned cows, with soaring, snow-capped peaks rising behind. 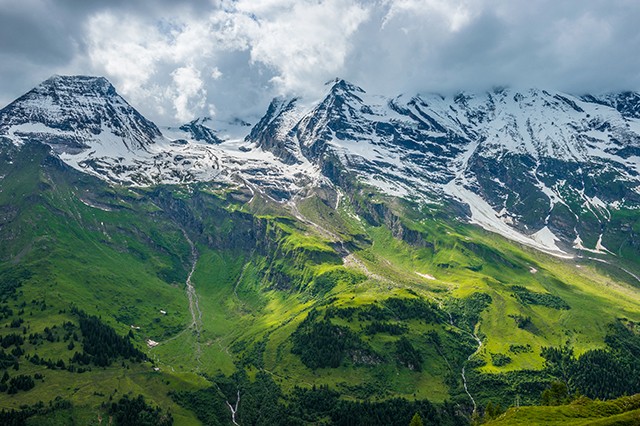 The country’s highest peak, Glossglockner, is best viewed from the alpine road that winds up and around its mega 3,798 metre spire, providing incredible vistas of the jagged landscape of middle Austria. The 24,000 kilometres of walking track that snakes between the tops of the Tirolean Mountains gets you right into the heart of rocky Austria and its plethora of gargantuan national parks. Any of the slopes of Carinthia or the western regions near Switzerland will offer fantastic pistes and fantastic views for downhill skiing or snowboarding, with Bad Gastein and Stubaier Glacier being the most reliable for that perfectly powdery snow.

Whether it’s a resplendent trip to the capital, a waltz around Salzburg, a cycle around the lakes or a slide down the slopes you’re after, Headwater’s got you covered with our range of Austria holidays

Written on January 27, 2017 by Lawrence Haywood