Why has the Loire been chosen to host the Grand Départ 2018?
BOOK AND TRAVEL WITH CONFIDENCE
Read more about our enhanced flexibility

Why has the Loire been chosen to host the Grand Départ 2018?

There may be no better place for the kings of cycling than France’s very own Valley of Kings. This artful nickname was bestowed on the stunning Loire Valley for its plenitude of royal châteaux that are dotted around the region’s famous riversides. The widely-beloved Loire à Vélo cycling route has been awarded the magnificent honour of hosting the Grand Départ, and will thus act as next year’s starting point for the Tour de France. This is the 10th time that the Loire region will act as hosts for the revered competition after launching the very first race 114 years ago. Here is why those aerial shots of Chris Froome and co. are going to be looking particularly majestic in 2018…

This section of the Tour is also the starting point of one of 14 cross-continental cycling routes conceived to explore Europe’s most alluring features. Eurovelo 6 is one of the most popular trails as the rivers, châteaux and national parks it passes through between commencement in the Loire and conclusion on the east coast of Romania leave riders figuratively and literally breathless. The difficulty of EuroVelo 6 pales in comparison to some of its hillier companions, with flat ground almost unilateral along its 3,653km span. The Loire section comprises the first 800km of this epic journey and does a phenomenal job of setting the tone for the rest of the route through the scenery and architecture that it boasts. 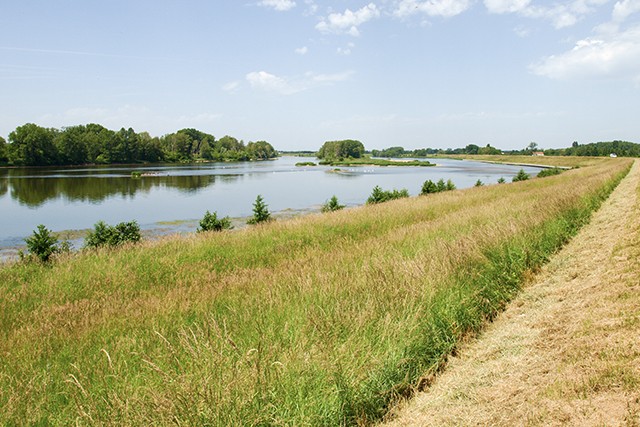 What becomes apparent after just a short amount of time cycling in the Loire Valley is the omnipresence of meandering water, as trails never venture too far away from the spectacular Loire River. This, the largest river in France, is the country’s gushing lifeblood, providing perfect conditions for the kings, queens, townsfolk, villagers and wildlife that have historically shared its banks. The Roman settlements that grew along the Loire sprouted into the bustling centres they are today. Amboise, Tours, Orleans and Blois all have a deep-rooted history in civilisations that thrived due to the steadfast reliability of the Loire’s fertile shores. 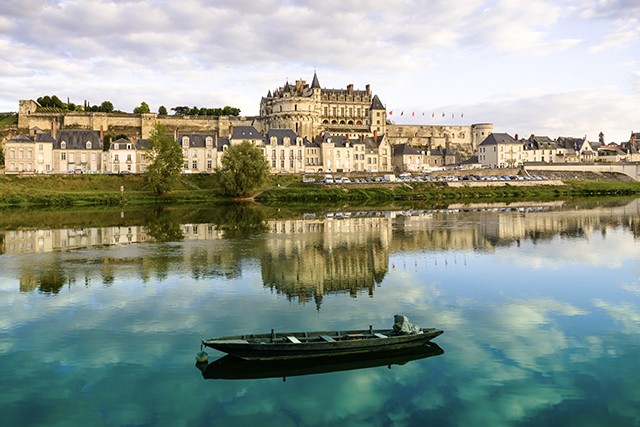 Of the many châteaux lining the river, it is hard to deny the magnificence of the proud Château Royal d’Amboise, which stands tall above the town and gently shimmers in the reflection of the Loire. This was, at various times, the residence of both King Charles VIII and Leonardo da Vinci, the former leaving it vacant after succumbing to a fatal injury he sustained by hitting his head on one of the palace’s many doors, while the latter died more conventionally and is buried in a tomb within. The cobbled streets of Amboise lying below the château’s ramparts host a series of markets between the eclectic mediaeval and modern building façades. The region’s best wine, cheese, seafood, meat and practically everything that’s typically French is sold at the small Friday and huge Sunday markets just next to the river. 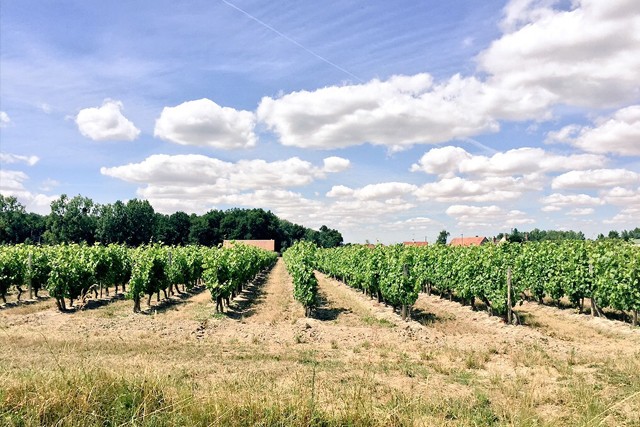 Cycling upstream from Amboise provides panoramas of stretching vineyards over placidly rolling hills, giving a hint to the esteem of the Loire region’s secondary lifeblood: wine. Once the Romans began cultivation along the rich Loire soil, vines became an inevitability, and apart from a lull in the late 1880s when France lost 70% of its vines to a disease called grape Phylloxera, they have remained near the forefront of French wine for centuries. The staggering array of grapes cultivated in this region has lead to a truly dizzying diversity to its selection, and while it’s unlikely that Bradley Wiggins will be stopping for a tipple, no one’s going to be stopping you!

The village of Chaumont-sur-Loire straddles the dividing line between the middle and upper valley wine regions and can boast produce from both in its restaurants. The main feature of this otherwise unassuming village is the opulent Château de Chaumont that towers on a hill just behind. This spectacularly grand, gothic abode features large cylindrical spires of dark cobalt blue sitting atop its cream frame, protected by moat and drawbridge; the kind of residence a Disney villain might find themselves in. The architectural splendour of both the buildings and the topiary is best explored during April and November when the Festival International des Jardins is in full swing.

Further north-east along the Loire à Vélo, cyclists are greeted by the uniform roofs of Blois that mirror the dark cobalt of the Château de Chaumont. Across the river lies Chitenay, a charming town that acts as a base for the wonderfully stately chateaux of Cheverny and Beauregard. Amidst the untamed forestry of the upper-Loire Valley lies the impossibly beautiful Château Chambord, the chef d’œuvre of French Renaissance architecture. It took 28 years to construct this palatial behemoth and its stupendously ornate collection of 440 rooms, 13 great staircases and stables fit for 1,200 horses.

Glide slowly through the magical Loire Valley at a much more leisurely pace than riders on the tour! Headwater have two cycling holidays focused on the fairytale châteaux of Cheverny and Beauregard and the delectable gastronomy that this north-west region of France has to offer; a truly unmissable experience for castle and wine enthusiasts alike.