Grab a coffee, relax and enjoy a Headwater blog on Alpine Glory
BOOK AND TRAVEL WITH CONFIDENCE
Read more about our enhanced flexibility

Trekking Davos: Switzerland in all its Alpine Glory

Davos, in Alpine Switzerland, is a town with its fingers in many strudels. Throughout the year, the population of the picturesque resort bends and warps with the many national and international events it plays host to, turning the usually humble township into a hive of commerce and sporting spirit. The world’s leading business people gather here in January for the World Economic Forum, before the year closes out with the national Spengler Cup ice hockey tournament. Forward-thinking, sport-fuelled Switzerland is the obvious choice for events like these, and Davos’ beautiful surrounds make for the perfect location for Switzerland to show off to the world. While it may sound like the destination for a lads’ holiday on a vivacious Greek island, Davos is about as Swiss as it gets.

In the months between its two big events, visitors treat Davos as the gateway to the Swiss Alps. The mountain-framed town provides easy access to its plethora of impressive ski slopes, including Jakobshorn, Rinerhorn, Schatzalp, Parsenn and Pischa, all of which contain several pistes that can be reached via a series of gondolas that snail their way up the mountainsides. Because of this, winter in Davos is heaven for skiers, snowboarders, and historically, speed skaters. Snowshoes allow access to lesser tramped winter hikes atop the mountains, which are popular throughout the half of the year that Davos lies under carpets of snow. 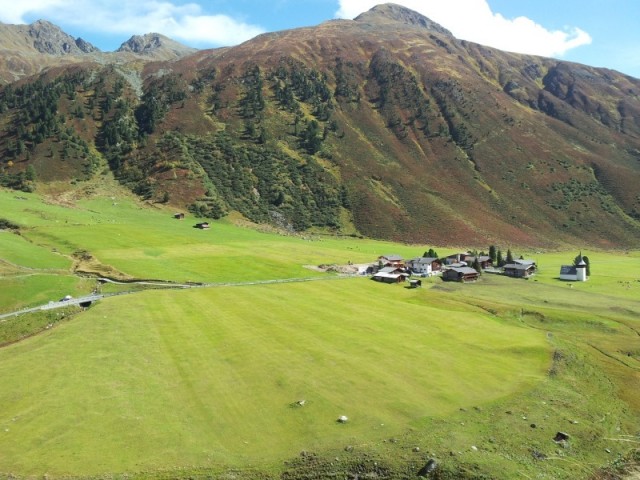 As the year progresses, the snowshoes are abandoned for sturdy hiking boots as Davos opens the range of its topographical beauty up to summer hikers. Flowers begin to sprout next to freshly-trodden earth in May, when warming temperatures entice plant buds and marmots to emerge from the ground. The adjacent mountains shed their snowy coats but remain as dramatic as ever, with their various greens making for a vivid palette against the brilliant blue of the cloudless sky and the distant white of the stubbornly snow-capped Piz Buin, one of Switzerland’s ultra prominent peaks. The melted snow opens up over 700km of walking tracks around Davos with a variety of difficulties to choose from.

South of Davos lies Pischa, Rinerhorn and Jakobshorn, all of which can be scaled with or without the assistance of the spectacular cable trains, cable cars and gondolas that are dotted around the area. The varying altitudes allow for different flora and fauna on each mountain and an ascent to the different horns will be littered with examples of Switzerland’s unique Alpine life. An ‘alp’ in itself is a high-altitude pasture on which cows and goats can graze, and here they do so in peaceful serenity; utterly harmoniously with the finches and sparrows that nest in the nearby pines below the soaring kites. You may even get lucky enough for a chance viewing of a chamois or ibex skipping up the rocky hillsides as if gravity was nothing but a fairy tale. 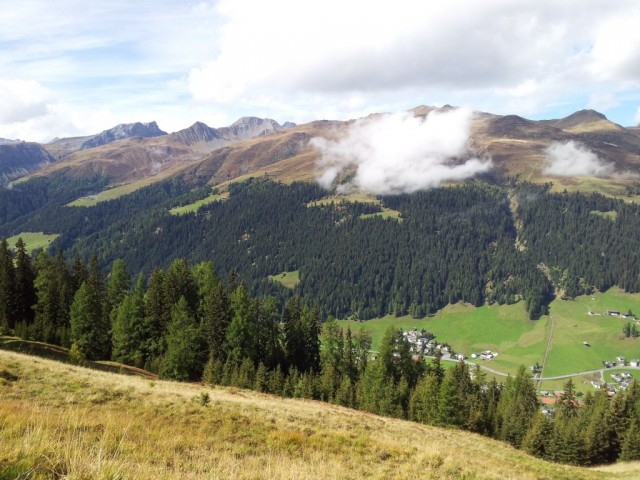 To the north, the rocky Schatzalp and Parsenn mountains sit close to Lake Davos, a small but immensely beautiful patch of water where swimmers can drift in the sheltered beauty of the mountains jutting out from the lake’s perimeters. The crests of these mountains offer tremendous panoramic views of the icy peaks around, notably Ringelspitz and the monstrous Finsteraarhorn, which simultaneously offers a worthy reward for hours of hiking and a tantalising glimpse at another unassailable summit. The northern mountains also offer some of the best views of Klosters; a pretty town lying just beyond the valley from Davos.

Like Davos, Klosters basks in the magnificence of the mountains around it. It doesn’t enjoy the international significance that Davos has; the timber chalets and modest restaurants can attest to that; yet it features easy access to slopes that are fit for royals. Prince Charles spends his winters treading snow around Klosters, and Princes Harry and William have grown up on the surrounding slopes of Madrisa and Selfranga, later enjoying the surprisingly lively Klosters nightlife when they became of age. 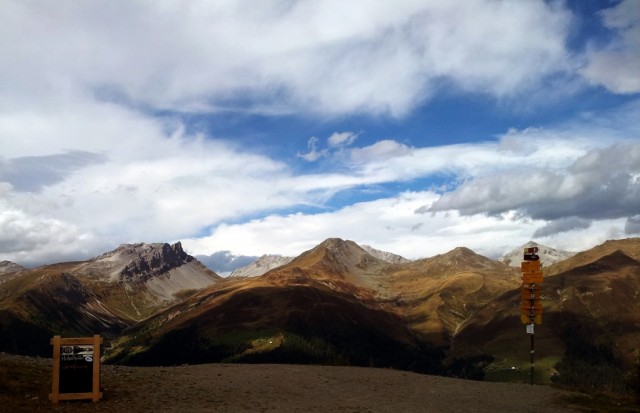 Headwater provides everything you need to enjoy a hiking tour of Switzerland dramatic Eastern Alps. With a daily choice of two trekking intensities, you can enjoy this quiet area of Germanic Switzerland at your own pace while still covering all of Davos’ most pristine areas. Hike the well-maintained mountain trails to find cows grazing in hilly meadows, their bells tinkling in the light breeze while tenacious pines emit their heavenly scent that envelops the rural alps. Follow the trails of the Walsers, early settlers in the Swiss and Liechtenstein mountains who sought prosperity in the hills of Davos and Klosters, building modest chalets and a brewery in mediaeval Monstein as they did so. The whole area is draped in magic such as this, and even for a country as consistently beautiful as Switzerland, Davos is an immensely special area.