Grab a coffee, relax and enjoy a Headwater blog on the Oscars: into the wild
BOOK AND TRAVEL WITH CONFIDENCE
Read more about our enhanced flexibility

Into the Wild: The Remote Locations of this Year’s Oscar Nominees

Between 2001 and 2010, Peter Jackson, one of New Zealand’s most beloved sons, was responsible for a 50% increase in international visitors to Wellington. His mammoth Lord of the Rings trilogy showcased the beauty of New Zealand and its credentials as one of the best film locations in the world, which clearly mattered to a lot of people. In the lead up to the 2016 Oscars, we have a look at some of the natural sets in which this year’s nominees decided to shoot their masterpieces.

The ‘Valley of the Moon’ is a rather apt nickname for South-East Jordan’s sprawling desert. Wadi Rum is a 60km long valley of sand, scrub and rock, with visual similarities so close to the surface of Mars that it has become known as the science fiction director’s playground. The Martian‘s director, Ridley Scott, first spotted the desert’s potential when he utilised it for Prometheus in 2012, joining films such as The Red Planet and The Last Day on Mars in employing its dusty landscape and rocky vistas as a representation of our planetary neighbour. 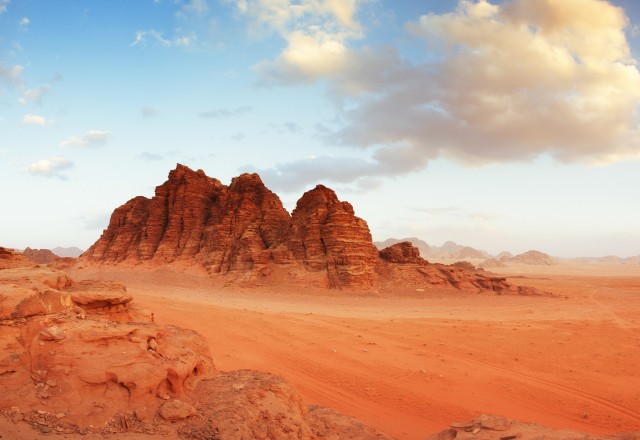 The movie’s plot involves lead star Matt Damon becoming stranded on Mars and making use of his botany skills to survive off a tiny, improvised farm. This meant that the editing team had quite a job on their hands during post-production, as every bit of life had to be painstakingly photoshopped from the scenes; erasing every tiny tuft of scrub brush that made it into shot. Of the set itself, Damon described Wadi Rum as “one of the most spectacular and beautiful places I have ever seen, and like nothing I’ve ever seen anywhere else on Earth.”

Alejandro González Iñárritu was very clear from the outset when he began directing The Revenant: filming was to be done with no green screens and in some of the most remote places possible. Hats off to the logistics guys then, who organised the transportation of an entire film crew around some of the most untouched parts of Alberta, Canada, all of whom worked tirelessly to produce a movie consisting of an incredible 93% exterior locations. González Iñárritu had his own gigantic boots to fill after winning last year’s Oscar with Birdman, and it’s fair to say that his stringent location setting alone may have bagged him the double. 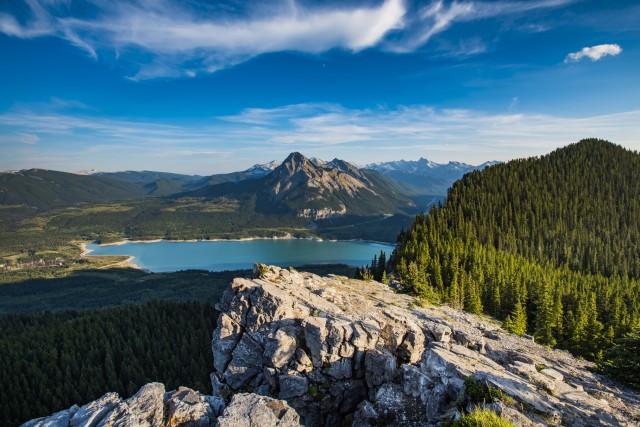 The more remote locations were centered around the raw and beautiful Kananaskis Country in Alberta; a largely untouched part of the Canadian Rockies that gifted main man Leonardo di Caprio with the perfect aura of survival that the movie hinges on. Bitter winter conditions and the fact that almost half the working day was spent travelling into the wilderness meant that not all filming took place here. The mountains of Montana and the ice caps of Tierra del Fuego, Argentina provided relief when Canada’s wild became too inhospitable, which, according to a knackered di Caprio, was most of the time.

As was the case with Ridley Scott and The Martian, director George Miller decided to head to the pulsating heat of the desert to film the fourth instalment of his Mad Max tetralogy. The jump to Africa was a major decision for Miller and the location scouts as all three previous editions had been filmed in Miller’s native Australia; while known for its vivid redness, it still pales in comparison with the glowing crimson of the Namib Desert’s colossal dunes and mountains. Unlike Scott however, Miller’s approach to scenery is less about the subtle and gradual exploration of it, but focuses more on how big of an explosion it’s possible to make within it. 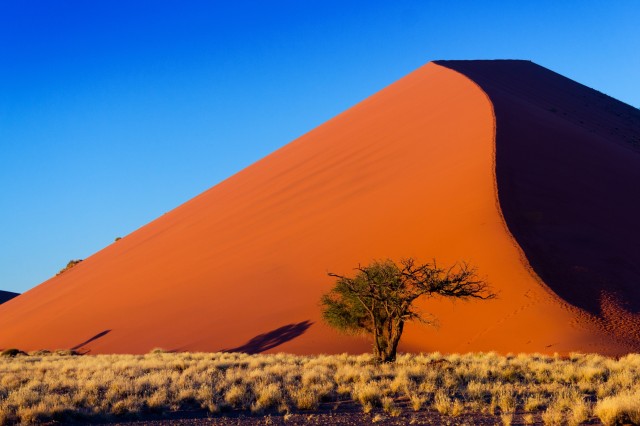 The place where the majority of filming was done was called the Skeleton Coast. The native Bushmen call it ‘The Land God Made in Anger’, which probably helped lead star Tom Hardy to bring out the ‘mad’ part of his character. Fittingly for a film with a post-apocalyptic setting, the shore acquired its ominous name from the slew of shipwrecks and skeletons that have littered its beaches in the past. A lot of the ships are still visible today, leaning at an angle in the shadow of the Namib Desert’s gargantuan sand dunes and in the presence of this mysterious land’s even more mysterious wildlife.

Flying the flag for the ‘best original screenplay’ category is Ex Machina, a film set in remote Alaska but shot in Norway’s stunning Valdall Valley. Amidst the valley lies the award-winning Juvet Landscape Hotel which, in the film, serves as the home of billionaire genius Nathan, where he dabbles in experiments with artificial intelligence. The hotel itself is an artificial product of some immensely intelligent design, sneaking so quietly in amongst the pines, above the rippling river and below the snowy mountains that you’d think nature had grown around it. As a region that people typically pass through, it has become the main celebrity of Valdallen, with people deliberately spending at least one night here to absorb the smell of the pines in luxury and to go skiing with the friendly owner. 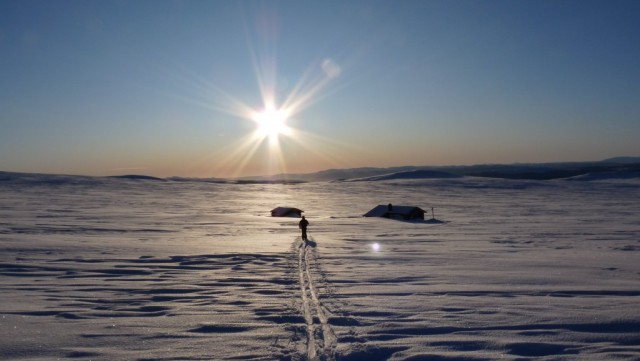 Headwater run two skiing holidays in Norway: one in Geilo and one in Venabu, both quite a drive (and ferry) from Valdallen but with that uniquely fjord-ish charm you can only get in Norway. Mix cross-country skiing with snowshoeing, Alpine skiing, husky sledding and relaxing in the sauna for the most authentic Scandinavian experience.

Written on February 24, 2016 by Lawrence Haywood