Grab a coffee, relax and enjoy a Headwater blog on Artistic Florence
BOOK AND TRAVEL WITH CONFIDENCE
Read more about our enhanced flexibility

Florence: Origins of the Artistic Renaissance

Italo Marcioni gave us the ice-cream cone, an anonymous Italian monk gave us the pretzel and the city of Florence gave us the Renaissance. If asked to order these events by significance, most people would put the Renaissance last, such is the depth of Italian brilliance when it comes to inventing. The Renaissance was, however, pretty pivotal in the ancient European world as a springboard for new philosophies, new art, new music and the enormous accumulation of wealth.

The most famous exponent of this great European epiphany was, of course, Leonardo da Vinci. Florence was an immensely exciting place to be during the 15th century and this fuelled da Vinci’s untameable imagination. The inventions he came up with were ludicrous and genius in equal measure. Flying machines, musical instruments and steam-powered harbingers of doom were his usual domain, some of which worked, some of which didn’t, but all of which captured the Renaissance spirit of 15th century Florence. So what else came from this most important of European city-states? 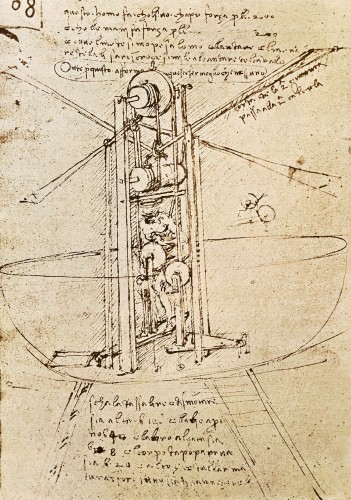 Well, not exactly the doom that da Vinci predicted, but modern banking did grow into the behemoth it is today from Florentine branches like the Medici Bank. As the richest family in the Republic of Florence and possibly in all of 14th and 15th century Europe, the Medicis thought it best if they controlled Florence’s financial matters with a new system of tracking credits and debits. The richest family became increasingly rich, culminating in one Medici, Cosimo the Elder, gaining the rather ominous title of Gran Maestro: the unofficial head of state. From here, the Medicis’ power spread throughout Italy. These Renaissance Kardashians managed to produce between them three Popes, three Dukes, one Grand Duke, one Marquess and even a Prince; ruling at one point or another the major city-states of pre-united Italy.

The final two Medici rulers of Florence had rather disparate fates. The rather spectacularly named Lorenzo the Magnificent brought about the golden age for Florence in the second half of the 15th century by commissioning a succession of masterpieces and patronising da Vinci, Michelangelo and Botticelli as sons of the Florentine Republic. Just as it seemed like the Midas Touch was hereditary in the Medici family, along came the aptly-named Piero the Unfortunate who promptly ruined everything by caving into King Charles VIII of France a piddling two years into his stint as ruler. The Medici dynasty crumbled and their last ambassador was lambasted as a coward. Still, it could have been worse for old, unfortunate Piero; his grandfather, also called Piero, was plagued by gout throughout his own rule and was thus nicknamed Piero the Gouty. As much as the 15th century was La Belle Époque for Florentine art, it was also a time for fine comedic nicknames. 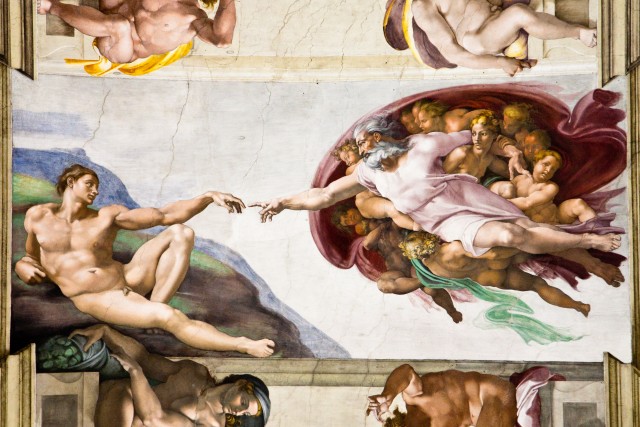 So, glossing over the arthritic diseases and empire-ravaging cowardice, we’ve established that the Medicis were the big dogs for a long period of Florence’s history. Impressively, they were also pretty consistently in the hearts of the Florentine people, whose adulation for their unofficial overlords stemmed from the amount of money that they threw at the feet of artists, who flocked to Florence with dollar signs in their eyes. Throughout the tenure of the Medici family, Renaissance art exploded in a flurry of human body parts previously thought unholy before a few Florentine philosophers said that it was cool to gaze upon them. This gave the wealth of artists in Florence some pretty radical inspiration, and the careers of Brunelleschi, Masaccio, Fra Angelico, Alberti and Verrocchio, not to mention da Vinci, Botticelli and the entire cast of the Teenage Mutant Ninja Turtles, were launched off the back of some impressive depictions of Renaissance-age private parts.

Great art often goes hand-in-hand with great architecture, and so rose the magnificent buildings of Florence, again from those bottomless Medici pockets. Paradoxically, the thinking behind Renaissance style was that it should bring back the grandeur of classical forms in elaborate pillars and arches, with symmetrical geometry dominating the medium. This conscious decision was less of a forward-thinking evocation of ancient characteristics in a new setting, and more of a “hey, that looked cool, let’s do that again”. Nevertheless, the people were happy, the architects were happy and the Medicis were happy that Florence had an outward appearance of illustrious prosperity to the jealous eyes of the surrounding city-states. 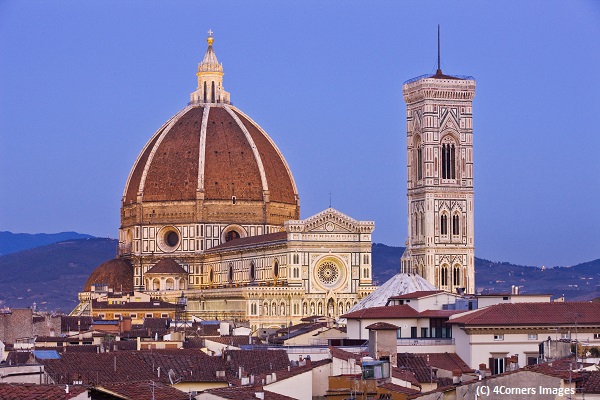 It was Brunelleschi who kicked it all off in 1418 by engineering an enormous dome for the enormous Santa Maria del Fiore Cathedral. It took him 18 years to complete as the high demand for his skills saw him tackle a few other projects in the intermittent years, namely the Basilica of San Lorenzo, the Pazzi Chapel, the church of Santo Spirito and an ornate children’s orphanage called Spedale degli Innocenti. The sheer depth of the architectural reserves of Florence is largely down to Brunelleschi, but his collaborators and rivals have a tonne of commissions between them, most of which are standing to this day.

You can visit Florence on Headwater’s walking holidays in Italy  Fancy a little longer to explore? We can arrange a city break in Florence at the start or end of your main holiday. Just call our friendly holiday advisors on 01606 720199.