5 wacky Christmas dinners from around the world

Christmas is a time for celebrations; a time for getting together with loved ones to eat, drink and be merry. Here in the UK, the traditional festive feast consists of a golden skinned turkey, a glistening joint of ham, goose-fat roasties, mounds of seasoned vegetables and gravy – and of course, everyone’s favourite tasty treat, pigs in blankets. But have you ever wondered how other countries celebrate Christmas around the world? Tradition is never going to change in the UK, so let’s look further afield at what else you could be eating instead. Most countries celebrate Christmas and they do it with plates full of some of the most fantastic and some of the most bizarre foods imaginable. As shown in our feature image, the Japanese tuck into KFC on Christmas Day, believe it or not! Here are five other countries where Christmas dinner is done a little…differently.

1. Greenland: On the first day of Christmas my true love sent to me…an auk bird in a seal skin

When we spare a thought for those less fortunate at Christmas time, it’s rare that we ever think of the Greenlanders. Our icy neighbours to the north-west are actually so far within the Arctic Circle that Christmas trees can’t grow and the sun fails to make an appearance for months. This doesn’t seem to dampen their spirits, however, as Christmas eating and drinking traditions are just as raucous as you’d expect from a Nordic country. 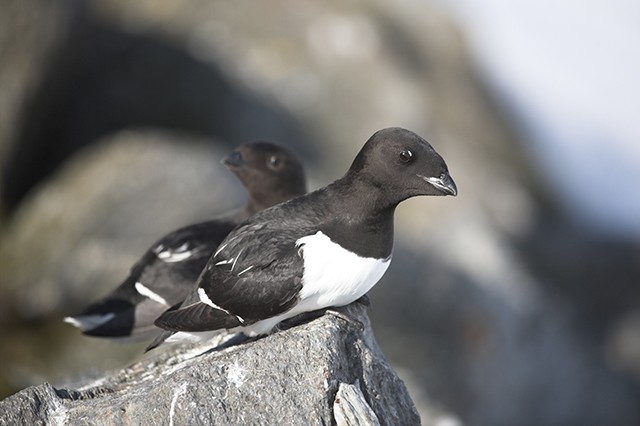 The typical Christmas grub for the 56,000 inhabitants is mattak, whale skin with a strip of whale blubber inside, too thick and rubbery to even chew properly, it’s often swallowed whole. This is complimented with a lovely bit of kiviak, a bunch of auk birds wrapped in seal skin and left to decompose for months in the ground before being tucked into on the special day. The gargantuan amount of alcohol consumed over the festive period probably makes this pungent side dish all go down a bit easier.

South Africa really is ahead of the game on this one. Popular around Christmas time due to the corresponding harvest, gigantic grubs have become the thing to eat for many South Africans. Mopane are the kind of large, cartoonishly juicy-looking worms that Pumba from The Lion King probably wouldn’t mind getting his chops around. The trick with this one is to squeeze its green slime out and cook it with saltwater before drying and smoking it. 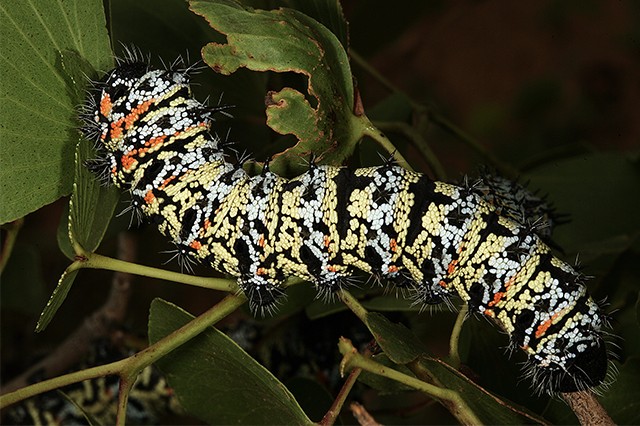 As well as being a lot more eco-friendly than the farming of traditional meats, mopane worms are packed with protein and literally ooze vital magnesium, phosphorus, sodium and zinc. They might not seem appetising now, but in 2080 when we’re all queueing for days to get one slither of Christmas turkey, mopane worms will seem like a mighty fine alternative.

3. Mexico: Radish-ing around the Christmas tree…

If you have one of those mothers that will spend hours fussing over the presentation of the food until everything looks as perfect as a Waitrose advert, then it’s best not to tell her of Mexico’s glorious Noche de Rábanos (Night of the Radishes). Here there is a level of craftsmanship that would put Mary Berry and Paul Hollywood to shame; all using the poor, forgotten soul of Christmas, the innocent yet consistently underwhelming radish. 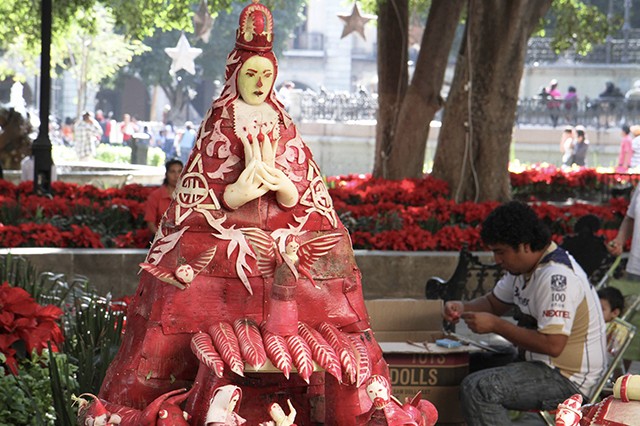 Originating in 1897, it all started when the clearly underworked mayor of the town of Oaxaca opened an exhibition on art carved from radishes. The skills and the popularity developed over time to a point where La Noche de Rábanos became the most popular day of the Christmas calendar, with the actual traditional salt-dried fish and vegetable dinner quite simply paling in comparison.

Bizarre? Britain? Well, traditionally no, but there are those that laugh in the face of tradition and offer alternatives that would generally be considered an affront to Jesus on his special day. The Christmas Tinner is once such abomination. This is a concoction from tech giants GAME, who realised that there’s a big market of people who become completely engrossed in their new video games on Christmas Day but still carry the responsibility of cooking Christmas dinner for the family. 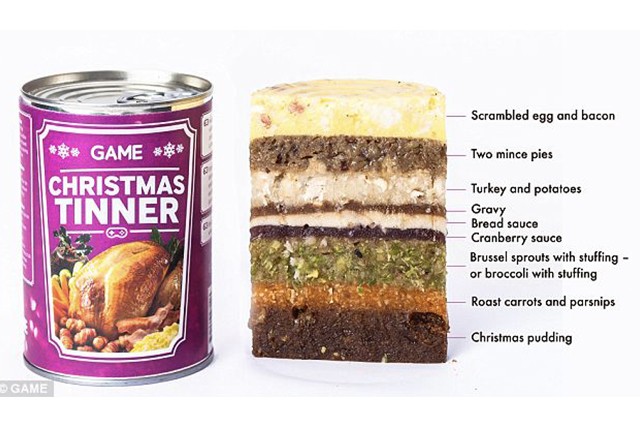 Well if you fall into this category, fret no more, for the Christmas Tinner is here to eliminate the tedium of effort and taste by cramming every single course into one grotesquely structured tin. The whole ordeal begins with a disc of mashed scrambled eggs and bacon, followed by mince pies for some reason, then the real taste sensation of meat, vegetables and three different sauces, and topped off with a thick, dry Christmas pudding. What a time to be alive.

5. Slovenia: All I want for Christmas is – cabbage!

If you thought that no vegetable could garner a stronger bond to Christmas than the humble Brussels sprout, then you’re due a trip to Slovenia. Here, cabbage is king, as it is in other European countries like Slovakia and Denmark, and features in practically every section of the multitude of Slovenian Christmas food. 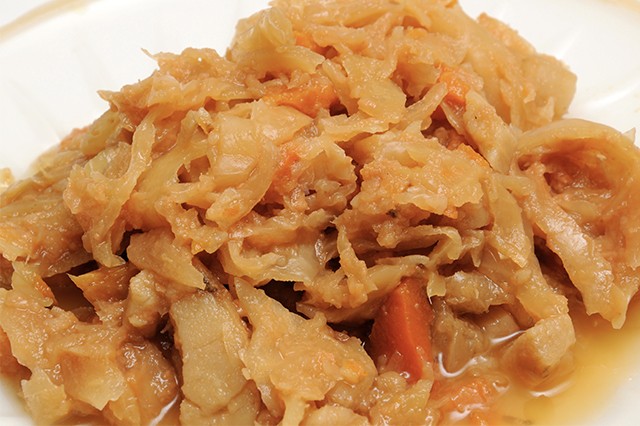 It starts off in kapustnica, a sort of sauerkraut soup that’s heavy on the cabbage, followed by pirohy s kapustou, boiled dumplings with cabbage, which is followed in the western province of Kobarid with boiled meats and sweet cabbage and in the eastern province of Styria with an incredible amount of beef and pickled cabbage. If that isn’t quite enough cabbage you can always treat yourself to an extra poštoklja – a pressed disc of cabbage.

If you’re going to be feeling like a right Christmas cabbage at the end of the holidays, or maybe you just want to purge the Christmas Tinner from your system, there are plenty of options in the great outdoors. A winter snow holiday is great for burning those extra calories you’ve consumed, or if you fancy some sun after the cold weather, check out our blog featuring the best places to head for some sun in February. The ultimate remedy to that Christmas hangover!

Read more about countries that celebrate Christmas in a less orthodox manner here.

Written on December 22, 2016 by Lawrence Haywood